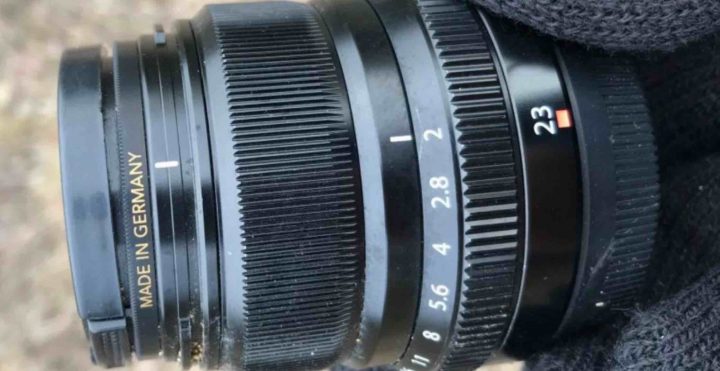 Hamish Gill lost his Fujinon XF23mm f/2 during a hike in the wilderness. And 4 months later, while passing on the same way, he found it again.

But he didn’t expect it work, since the weather was quite bad during these 4 months:

“We had a lot of rain in June through say mid July. Then it was like an oven outside from mid July until last week. Seriously, from mid August until last week it rarely got below 95 degrees with most days getting into the lows 100’s. It would be 90 degrees at 9 PM some days. Then suddenly on Wednesday night the temperature dropped. It was actually in the 30’s yesterday when I found it. We had also heavy thunderstorms Thursday night through Friday AM too.”

So did it work again?

“I am absolutely astounded it still works. The auto focus is like nothing every happened. The aperture and focus ring turn smoothly. There is a slight discoloration on one side on the barrel. It’s the widest part, so it’s probably the part that was touching the ground. The paint is still on the lens too.”

Looks like Fujifilm’s weather sealing is not only good on paper. ;)

Read the full story at 35mmc.