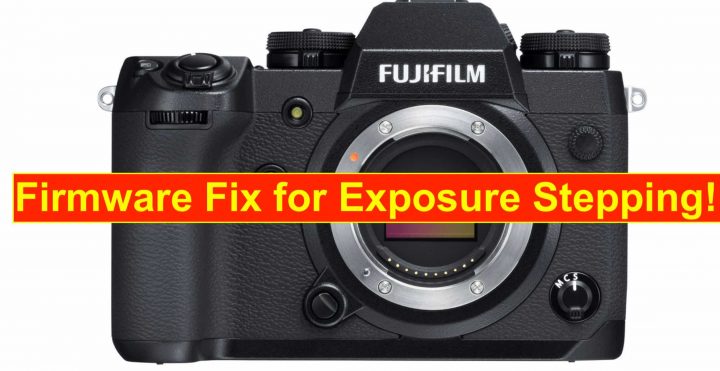 UPDATE: Fixed also on Fujifilm X-T3, according to more reports

Oh, I remember it all to well.

I was on a 2 weeks holiday with my wife in the South of Italy, when Fujifilm released a new firmware update for my Fujifilm X-T4.

Unhappy of the usual “fix of minor bugs” formula, I sacrificed a few hours of my relaxing holiday, and dedicated myself to find out, what had been fixed. Well, I noticed that Fujifilm secretly and quietly fixed the exposure stepping bug in video, and I immediacy told you about it in this article.

Now also 11 other X series cameras received a firmware update, but since I own “only” the X-T1, X-E3 and X-T4 I can’t really check what has been fixed on all cameras.

But luckily I am just a small part of the big FR community, and fellow FR-reader Unnamed for a reason contacted me, telling me that the exposure stepping seems to be fixed now also on his Fujifilm X-H1.

No more exposure stepping in either Auto ISO or Aperture priority. When setting the aperture to Auto, stepping still occurs in 1/3rd stops (which is also still the case with the X-T4).

On my personal X-E3, exposure stepping seems to be still present after the firmware update.

In addition to that, Unnamed for a reason says:

Thanks a lot for your feedback :)