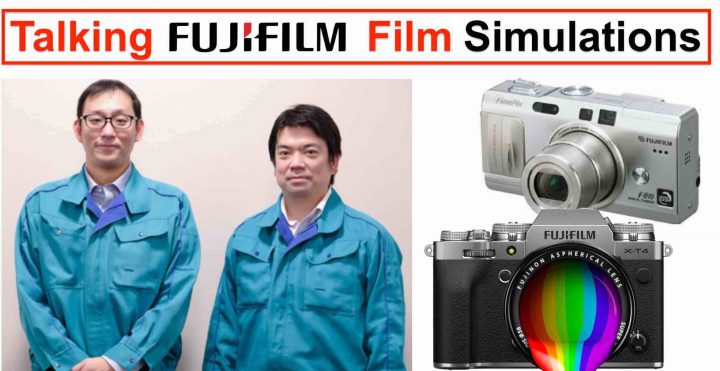 They talk about film simulations in a lengthy, very detailed and technical way.

All in Japanese, which means we are in the hands of google translate. And sadly this does not always work out well.

I will share a summary for you down below, often just taken as google delivered it.

It will get nerdy… happy reading down below :)

We know that film simulations are continuously developing and there are slight changes with each new processor generation. We reported for example about the changes introduced in Velvia here.

Changes, that happened also with Provia for example. The manager says (google translated).

And the interview goes on, talking about the origins of film simulations:

An interesting question is if there are there any differences between X-Trans and Bayer cameras when it comes to film simulations.

And it gets more nerdy when talking “grain”

Fujifilm says that digital film simulations can be an evolution and improvement of original film. They make the example of Astia.

ETERNA…  or Difference between stills and video:

Oh boy, I wish this thing would have been published in English ;)

But if you are skilled in Japanese or want to go through all of it with google translate, check out the article at dc.watch here.