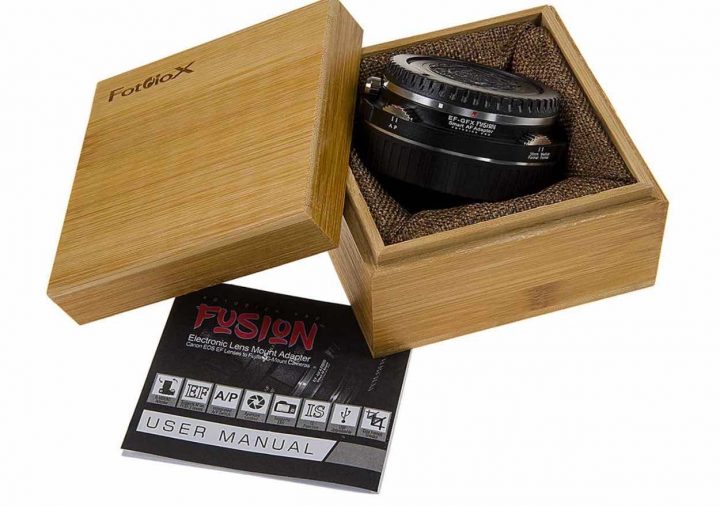 You can buy at BHphoto, AmazonUS and Adorama.

Fotodiox Pro an industry leader in the manufacture of lens mount adapters is pleased to announce the newest addition to their Fusion Smart AF line of adapters: The Canon EF to Fujifilm GFX Fusion Smart AF Adapter.

Although the adapter will allow you to mount any Canon EF lens, you may experience vignetting on some lenses as the image circle may not fully cover the larger sensor of the GFX system. Not to worry, the GFX-EF Fusion Smart AF adapter includes a built-in switch to change between Medium Format mode (full sensor) to 35mm mode (cropped sensor) to take full advantage of all lenses available. We’ve also included a switch on the adapter to allow you quickly and smoothly switch from Aperture Priority mode to Program Mode without needing to navigate in-camera menus.

The EF-GFX Fusion Smart AF Lens Adapter is also the first adapter in Fotodiox’s Fusion line to include a micro USB port to allow for firmware updates providing a nearly future proof solution for GFX users.

Serving the photo and video markets since 2004, Fotodiox Pro is a leading manufacturer and distributor of high-quality, professional and affordable photography and videography accessories. Known for such products as the WonderPana wide-angle filter system, the Vizelex ND Throttle adapter series, award-winning GoTough accessories, and the groundbreaking PopSpot, FACTOR and FlapJack LED lights.