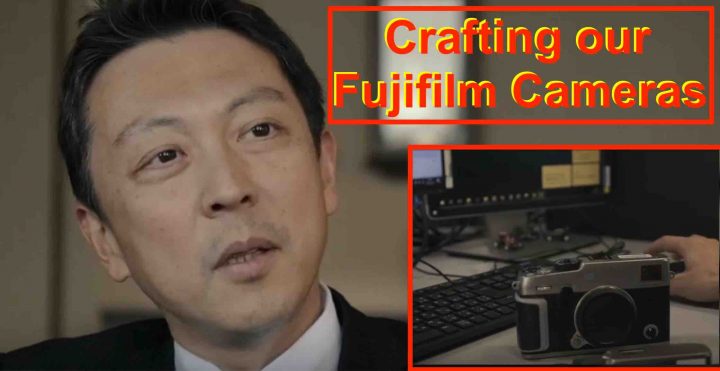 Fujifilm X Photographer Mindi Tan created a 90 minuted documentary, giving us a behind the scenes to the secret process behind the Fujfilm X-Pro3 creation.

It gives us a very close and also intimate look at Fujifilm’s camera creators and managers. The documentary reveals its team dynamics, beliefs and history inside the company with lots of exclusive interviews and footage.

It also features nine popular X-Photographers from all over the world who open up in their home environments to discuss what being a photographer and being connected with Fujifilm means today.

Down below you can find a summary of the video, but before that, I’d like to leave you with quick impressions I had.

It’s clear to see from the documentary, that behind our beloved Fujifilm cameras, there are not cold managers thinking at specs and profits, but really passionate photographers in the first place.

In fact, top manager’s Toshi Ilda first hobby was photography, and when his father asked him, what he wishes for his successful graduation, he said he’d like a camera.

Also, another top manager, Takeshi Ueno, deeply loves film photography, and straight out says he does not like digital cameras.

I guess this passion for the good old photography reflects perfectly in the vintage design and controls of Fujifilm cameras.

However, it comes even more surprising, that Fujifilm completely denied this “manual” DNA on the Fujifilm GFX100, which is the first Fujifilm camera I ever hold in my hands, that was not intuitive (for me) to operate, and required a look in the manual, to understand how it works.

I am sure there will be many, who love the more “modern” layout of the Fujifilm GFX100, and that’s perfect. I can understand. But it’s just not my style, not my preference.

I think Fujifilm should continue to offer what makes them unique, and part of that is not to give up vintage controls. And with the X-Pro3, they pushed this concept to its limits, by even hiding the LCD.

They say the X-Pro3 is not a product of “logic”, but of instinct. In this case they did not listen to what the market dictates, but their intuition, that it was the right thing to do with the X-Pro3.

And that’s why I love Fujifilm.

If they would be like Sony for example, and just listen to market logic, Fujifilm would just offer one camera body. The same for everybody.

But Fujifilm knows photographers are not all the same, and so they offer niche products, that will never really become that profitable. By doing so, Fujifilm honors its photographic culture and heritage, it’s photo-DNA.

It’s a very lovely documentary, that I invite everybody to watch.