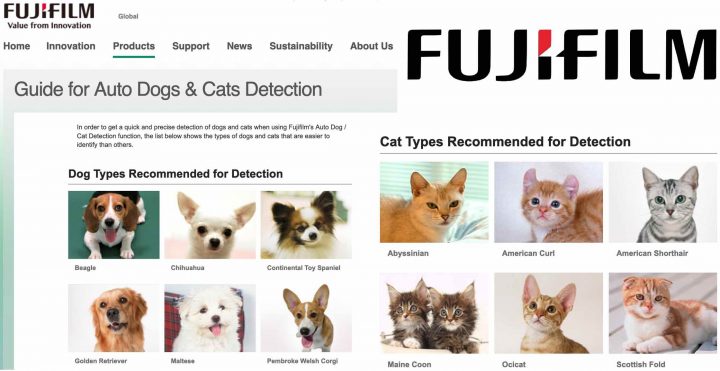 These are crazy firmware days, great joys thanks to massive new firmware and some worries due to faulty firmware.

One of the autofocus features where Sony and Canon are running away to the competition is “animal autofocus“.

And while it is probably not a feature that most of us would massively use, it would be definitely still nice to have.

Now, the FujiRumors community often asked me if Fujifilm plans to ever such a feature in future.

Well, let me say this first.

Among all camera manufacturers, Fujifilm was actually the very first company to offer something like that, with the Fujifilm FinePix F80EXR.

So, considering that Fujifilm already had a similar feature, I am confident that they will offer that in future also on X and GFX series cameras, maybe extended to birds and other animals. Sure, it’s not a rumor, but looking at Fuji’s history makes me confident this is going to happen in future.

For more details about the Fujifilm FinePix F80EXR:

Characteristics of Dogs & Cats with Detection Difficulties (via fujifilm.com)