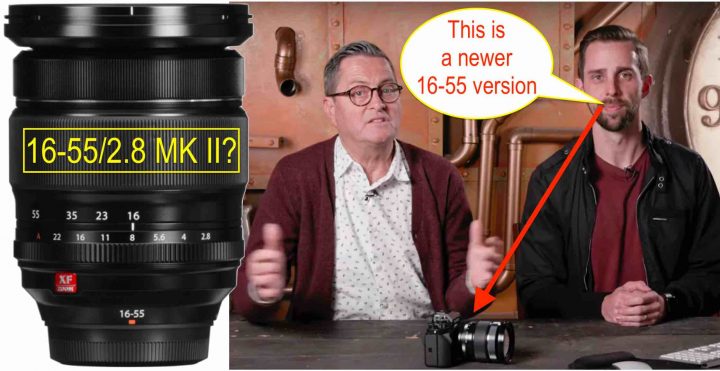 UPDATE: The Slanted Lens confirmed in the comments that it was an error

In the latest X-T4 video of The Slanted Lens, which we shared in our massive X-T4 live blogging, the guys beta testing the Fujifilm X-T4, when testing image quality and pixel peeping, literally say:

let’s look at the lens, because this is a newer version of the 16-55mm. It’s a great lens. Super solid. And it’s sharp, really sharp.

So what, did Fujifilm secretly update the Fujinon XF 16-55mm f/2.8, or did they test a Mark II version, or did they just make an error?

I believe it was an error, but the guys at The Slanted Lens said it with quite some confidence, so I have to report about it, as they evidently are close enough to Fujifilm to get beta gear for testing.

Well, there are definitely other lenses that need a refresh, rather than the 16-55.