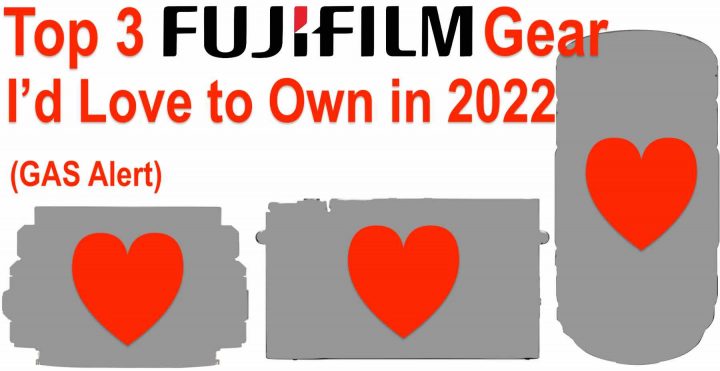 I think I can say that in 2021 I’ve done a decent part in supporting Fujifilm with my hard earned money, as here is the Fujifilm gear I’ve purchased:

For as much as Fujifilm made medium format accessible to the masses, buying into the 100 Megapixel GFX system still requires a significant investment. It’s worth every penny, but it’s not cheap.

So in 2022 I will try to contain my GAS as much as possible and be cautious with my purchases (do I hear you guys laughing?? ;) )

And yet, there is some gear I’d love to buy in 2022. And I mean gear that is either already announced, available or at least on the Fujifilm roadmap for 2022. So this is not about rumored gear.