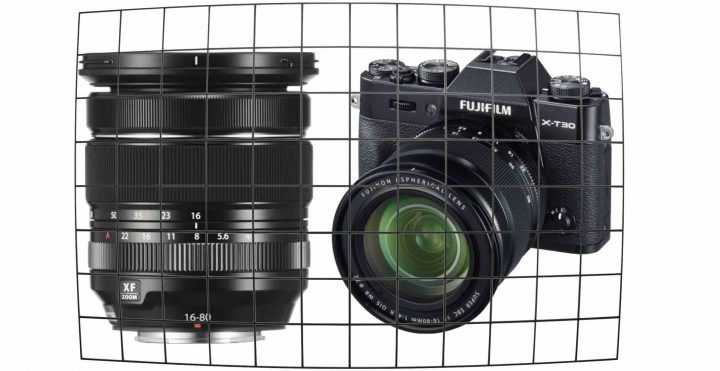 As a free and independent space, here on FujiRumors we report just everything, the good and the not so good, not matter if Fujifilm likes it or not, as my only boss are FR-readers, and I owe you the best service I can deliver.

Hence, today, in this Fujinon XF 16-80mm f/4 roundup I chose to highlight some aspects of the lens, that are not really that good.

And yet, despite not being a perfect lens, those who review the Fujinon XF 16-80mm f/4 still end up recommending it, as a great all rounder lens.

At the end, it’s all about finding the right balance, keeping in mind what’s the target group of a certain lens. And I guess in order ot keep size, weight and price down, Fujifilm had to rely more on digital correction in the case of this lens.

Christopher Forst reviewed the Fujinon XF16-80mm f/4 (video above). Here is what he says:

The test above shows that with all parameters fixed, the Fujinon XF16-80mm f/4 shows an exposure inconsistency as opposed to the other lenses from other brands. I hope Fujifilm will fix this via firmware update, as the XF16-80mm f/4 definitely seems also a fine lens for filming.

Brian’s review is Chinese, but FR-reader Tony summed up the conclusions for us.

Autofocus on the 16-80mm is quick and accurate. Even with an f/4 aperture, you can blow out backgrounds when shooting at 80mm. Vignetting is minimal, and practically unnoticeable. There is a bit of distortion on the wide end, but it’s on par with other lenses. Once you get to about 24mm, it’s a non-issue.

The 16-80 is also a great option for videographers, with a versatile zoom range and fantastic OIS. As with many Fujinon lenses, you do get a bit of exposure/aperture flickering when zooming in and out. Autofocus is silent, and focus breathing is extremely minimal.

If you’re looking for a compact and versatile lens without an image quality trade-off, the 16-80 is worth looking at. It’s a great upgrade from Fuji’s kit lenses, and while it may not be as fast as the 16-55mm f/2.8, the price and versatility may be well worth it for many photographers

For me, this lens is a real success!

Fuji managed to deliver a lot in a compact and above all, lightweight lens. If you are looking for a photo lens that can respond whatever the situation, it will be it. Stabilized like no other lens, macro, all-weather construction, 450gr only, autofocus among the best, few optical defects, the performance is excellent.

On the other hand, I would have liked a better sharpness on the edges at 16mm and there is a real gap with a pro photo lens like the XF 16-55.