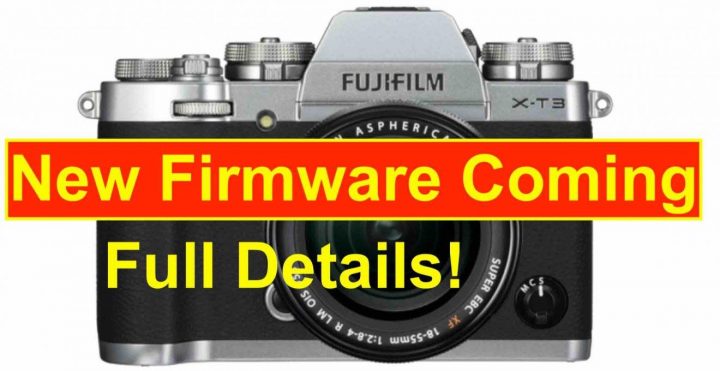 Nothing, they just added at the bottom a link to the Shenzhen Gudsen Technology Co., Ltd. regarding the Gimbal/Drone support.

The upcoming update will enable controls for video recording from Gimbal / Drone via USB communications. You can combine the X-T3 with a Gimbal / Drone that supports this function to significantly broaden your shooting options. FUJIFILM is in communication with Shenzhen Gudsen Technology Co., Ltd.*, SZ DJI Technology Col, Ltd.** and ZHIYUN*** (listed in the alphabetical order) about their plan to release compatible products. Fujifilm also plans to deploy this function to the FUJIFILM X-T30 and other models. Further firmware updates in the future will bring autofocus enhancement and other improvements to the X-T3.