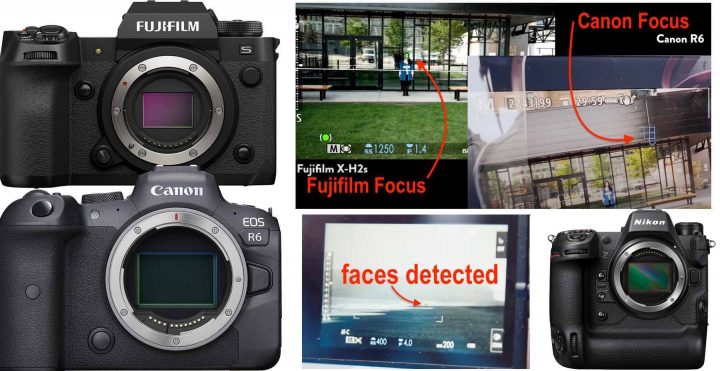 We should keep in mind one thing:

The Fujifilm X-H2S is still in pre-production.

Fujifilm engineers are constantly and restlessly fine tuning, adjusting, tweaking, correcting, improving the firmware until almost the last day before it will ship to customers in mid-July.

This means: whoever tested the camera in the last few weeks, was actually playing around with a potentially buggy camera, and indeed some reviewers notices some bugs here and there (and reported them to Fujifilm).

But this also means, we can’t really make any conclusions about this camera in regards to IBIS, autofocus, image quality and what not.

The fact that it is just pre-production was highlighted also by Taylor Jackson in his Fujifilm X-H2S coverage, and yet, he seems to be impressed already by its autofocus, so much so that he says it is noticeably better than on his Canon EOS R6 and very likely on par with his Nikon Z9.

So why do I share this review in a dedicated article?

Well, because so far it is the only review I have found where a guy actually tests the X-H2S side by side with other cameras, meaning under the same conditions, same light, same subject, same everything. And we can actually see the different cameras tracking stuff side by side.

So what are his findings? Let’s find out in the summary and videos down below

He also shared a Fujifilm X-H2s wedding photography Behind the Scenes video, which I will also share down below.

In the wedding video he compares it to the Nikon Z9 (which he has used really a lot) for indoors wedding photography. Here are his findings:

But again, it’s pre-production. So don’t take anything here as the final verdict.