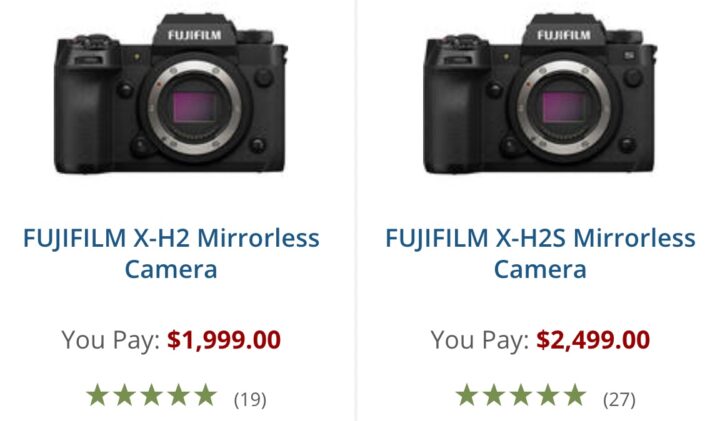 Oh yes… it’s that time of the year when everybody starts listing the best and worst gear of the year.

The first list we got is this one over at Explora, where the B&H team declared the Fujifilm X-H2 and X-H2s the best cameras of 2022.

You can read why they included both X-H2 and X-H2s on the top spot and what they say about it, read the full article at B&H Explora.

CineD does not limit themselves to test gear in a lab. Nope, they actually work with the cameras, shoot mini-documentaries and are out on the field with gear that needs to get the job done.

And from all cameras launched in 2022, the one that really stood out for them was the Fujifilm X-H2.

So much so, that they declared it the best mirrorless camera of 2022 (for video).

It’s no surprise that it won over the Fujifilm X-T5, as CineD is more video-centric in their content creation, and for that purpose the Fujifilm X-H2 simply offers more flexibility over the X-T5.

With up to 8K ProRes HQ internal recording and a 40.2MP sensor, this camera is aimed to satisfy the needs of serious content creators. This camera is extremely flexible when it comes to recording formats and resolutions, promising to assist you when negotiating with clients about their final output needs.

This FUJIFILM X-H2 has become an all-rounder for us at CineD. It’s like having a “Swiss Army Knife” at our disposal.

You can read their full article on why they awarded the Fujifilm X-H2 (also over the X-H2s) here at CineD. 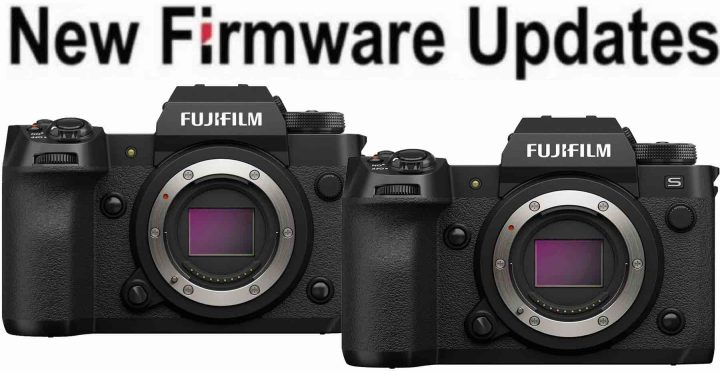 It is mostly about proper support for the Fujifilm FT-XH file transmitter grip, which starts shipping in these days, but there are also some bug fixes.

You can check out all details below.

Michael from Fujifilm explains the big and small differences between the Fujifilm X-H2s and Fujifilm X-H2, two Fujifilm mirrorless cameras released 3 months apart from each other, both built on the same magnesium alloy body.

And now that we know everything about these cameras (price, specs, performance, etc), I was curious to know which one you would pick if you had to buy one of them. Would you get the X-H2 or the X-H2s?

Just as we rumored, the Fujifilm X-H2 turned out to be Fujifilm’s first X-Trans camera to offer pixel shift multishot.

The Fujifilm X-H2 takes 20 images, which you must then combine using Fujifilm’s pixel shift combiner software to create 160MP images.

Now, in an interview with the Japanese youtube channel of Gizmomo, when asked if it will ever be possible that the camera will combine the files internally without any need to use an external software, a Fujifilm representative answered:

[google translated] It’s very hard… (laughs). There are 40 million pixels, and the range of image processing is packed from one to here to here, so there may not be anything that can be technically impossible, so if there are so many opinions from everyone in the future, I may do my best.

So if all Fujifilm needs is pressure from us, so be it… let’s start it in the comments. 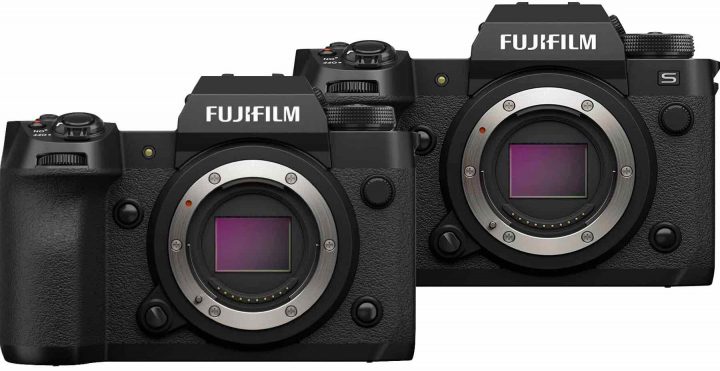 When I shared the first rumors about Fujifilm launching two X-H cameras (over 1 year ago!!!), many concluded that one will be the video centric and the other the stills centric camera.

But I insisted that this is not the difference to make.

We must think in terms of “speed” and “resolution”, as both X-H cameras are excellent hybrid cameras, and the depending on your needs you might want more speed or resolution in your videos or stills.

Incredibly though, even after the release of both cameras, many still insist that the X-H2S is the video camera and the X-H2 the stills oriented body.

So you know what I’ll do?

I’ll give the word to a videographer we all know, appreciate and trust: Johnnie Behiri from CineD (one of the very few youtubers I trust for being honest in their reviews, but also honest with how they present themselves to their audience… you know what I mean).

Why? Well, he explains it this way:

“Personally, the X-H2 is the best camera for video FUJIFILM has ever made! I’m sure it will also cater well to those who need to produce video next to photo content as the 40.2MP sensor is sufficient for such a “dual task”. With so many resolution options (Full HD – 8K), next to a robust internal recording 4:2:2 10- bit codec (ProRes), good IBIS, and good autofocus performance, I predict that this camera will be a hit, especially considering its attractive price ($1999). Add good audio and lowlight capabilities and there you have it – a very versatile working tool! So the bottom line is, after filming with both, the X-H2S and X-H2, the latter is my preferred option. Not because I don’t appreciate Open Gate, High Frame-Rate recording, or fast sensor capability, but I can simply live with those shortcomings and in exchange earn greater recording flexibility and good IBIS performance (which is essential for my documentary work).“

He ends up calling the Fujifilm X-H2 the “Swiss Army Knife” in Fujifilm’s lineup.

It is interesting to note that he mentions the vastly improved IBIS on the X-H2 over the X-H2s, which can make huge hopes to Fujifilm X-H2s shooters to get an improvement via firmware update.

And despite the high-density pixel sensor, the noise performance on the Fujifilm X-H2 is really good. He writes:

“One of the things that caught my attention is how well the camera records in lowlight situations despite having a 40.2MP sensor.”

To me it looks like Fujifilm actually did quite a miracle here. At least for stills, everybody was sure the Fujifilm X-H2 would perform worst than the X-T4 or the X-H2S, but that does not seem to be the case at all. No idea how the heck the Fuji engineers were able to achieve that and I hope that down the road some Fujifilm manager will give us a more technical explanation for that.