Now that the Full Specs of the Fujifilm X-H1 are leaked, I want to give you guys a clear view of where the differences between the X-H1 and the X-T2 are. This is why I made a table that you can check out below or download the PDF on my dropbox.

Remember… it contains (almost) only differences between X-T2 and X-H1. So keep in mind that sensor, processor and other specs are the same.

If you want to see the full list of X-H1 specs (even those identical to X-T2), then check out this blog post.

The Fujifilm X-H1 wins hands down in the video compartment and in build quality. It has a superior autofocus and more features (such as electronic first curtain shutter and flickering reduction mode).

On the other hand, the X-T2 (which has no IBIS, no touch screen and less features), has a slightly longer battery life overall and also minimal better buffer in continuous shooting. The X-T2 also has a slightly bigger EVF compared to the X-H1 (x0.77 magnification Vs. x0.75 magnification), but the one of the X-H1 has much more resolution.

Please note that the leaked specs are not complete. They do not mention that the X-H1 has a shorter EVF black out and that face detection works in 4K video.

Also note, that some of the current advantages of the X-H1 could be firmware based only. The X-T2 might or might not get some of these feature in future via firmware update. I have added a “NOTE” column, where I tell you where a firmware update might be possible. 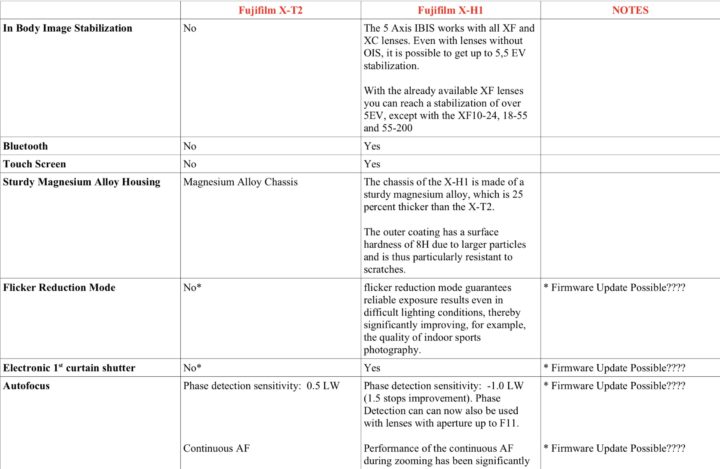 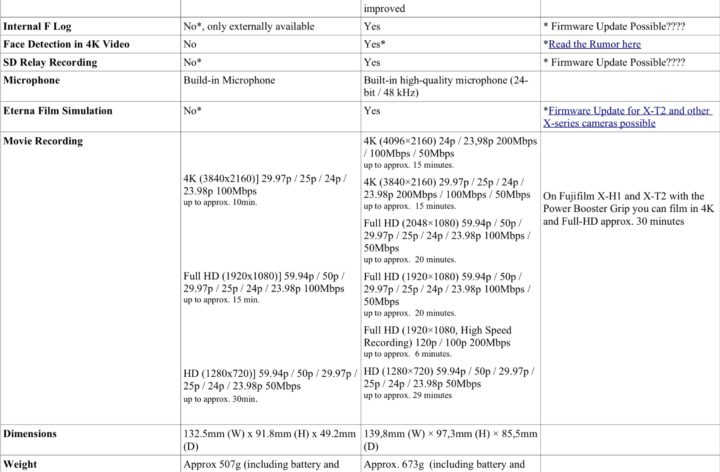 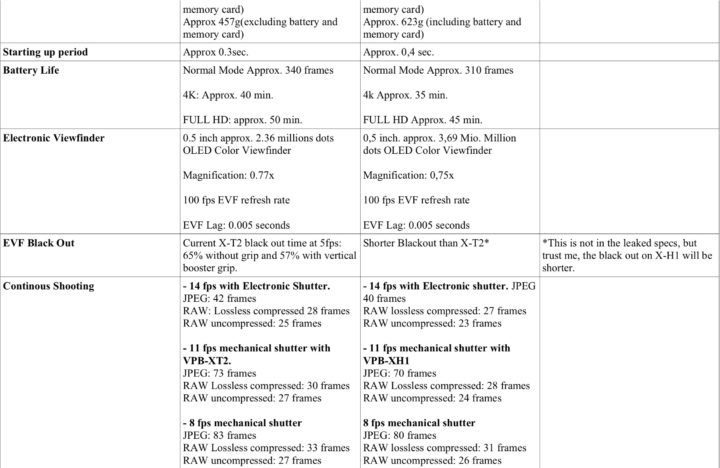 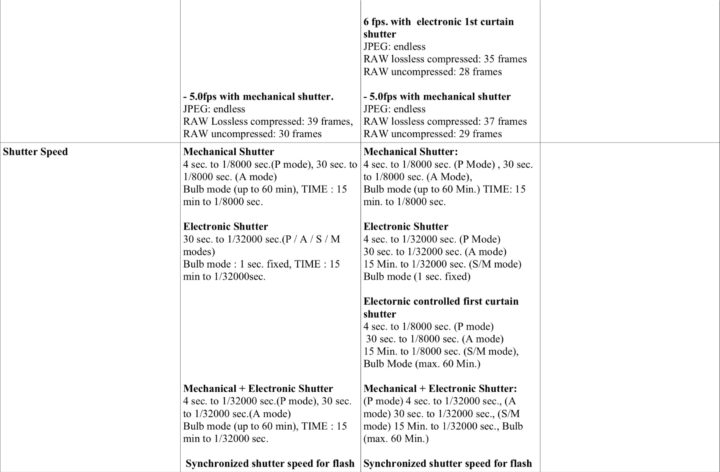