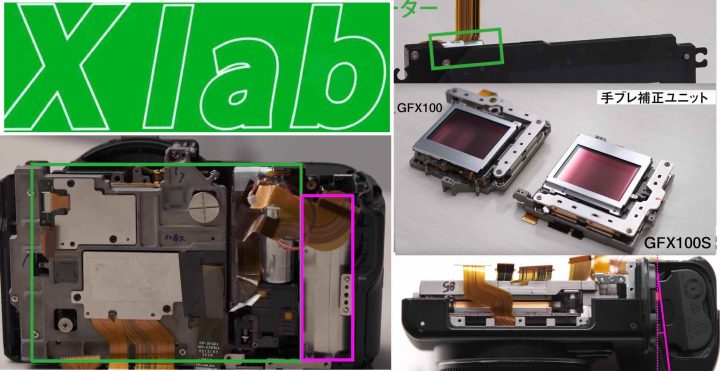 Fujifilm has uploaded its latest Fujifilm X lab episode. As usual the episode is in Japanese and we rely on the automatic translation tool.

But I don’t want my readers to go through this pain, so I have summed it up for you below, as well as shared all close up images of the internals of the Fujifilm GFX100S.

Most of the size reduction was achieved thanks to the new shutter mechanism. But also the IBIS got smaller and even the Fujifilm X-T4 battery played a role in this.

Everything is nicely summarized for you down below ;).

Interesting to note how he says that the shutter mechanism takes the biggest space inside the camera. And this is exactly why I told you that the Fujifilm GFX system will profit from the global shutter more than any full frame or APS-C system.

With the arrival of the global shutter, you can shrink camera size substantially. But the real limit here is not technological, but natural: the size of human hands!

Current high-end APS-C and FF cameras, such as the Fujifilm X-H1, Fujifilm X-T3 or Sony A7III, have already reached the size limit, beyond which they would simply become too small for many professional photographers.

So the day the global shutter hits the market, high end APS-C and FF cameras won’t really get any smaller than they are now.

It will be medium format, who will take the biggest advantage in terms of size reduction thanks to the global shutter revolution.