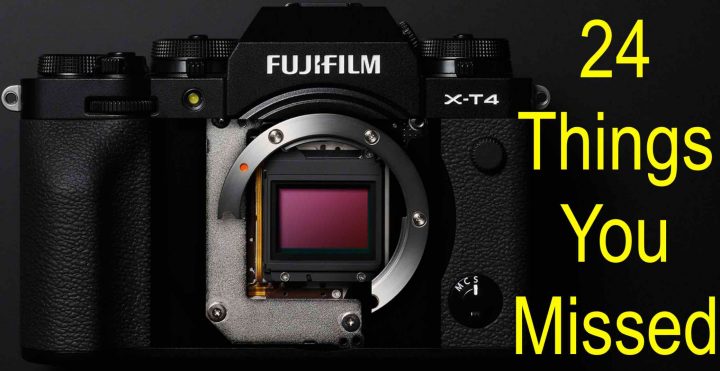 The Fujifilm X-T4 has just been officially announced.

I would like to thank all FujiRumors sources, as we were able to share 80% of the specs ahead of launch, and awesome nokishita kindly provided us with the 20% remaining specs later on.

So, our sources just topped themselves this time! Thanks for helping me to create excitement around this fantastic camera, and feel free to keep it up in future.

With that said, there are things, that no specs sheet showed, and hence might have passed unnoticed.

So I went through all the Fujiflm X-T4 first looks we have shared in our massive X-T4 live blogging (I have never seen youtubers so happy with a Fujifilm camera ;) ), and picked out 24 points you might have missed about the Fujifilm X-T4.

24 Things You Missed about the Fujifilm X-T4