The Viltrox 23mm f/1.4 autofocus lens for Fujifilm X mount is now available at AmazonUS here and also at AmazonUK here (via third party Pergear – which has its own line Fuji X lenses at AmazonUS).

In Germany you can find the Viltrox 33mm f/1.4 at fotokoch.

Damian Brown got his hands on the Viltrox 23mm f/1.4 already. Here is what he thinks about the lens: 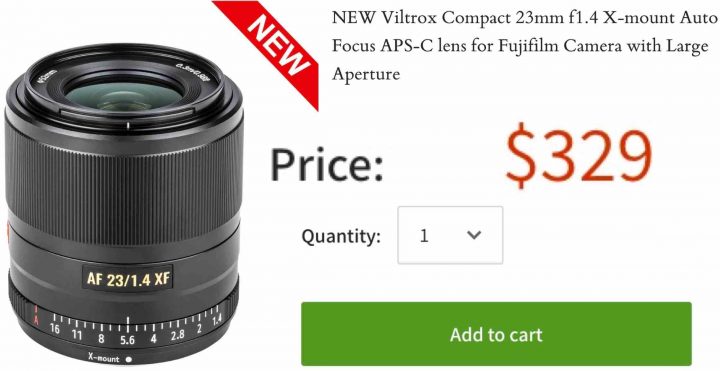 As a comparison, the equivalent Fujinon XF 23mmm f/1.4 costs you $899. This means the Viltrox costs you 63% less than the Fujinon lens. Not a bad deal.

This is one of the four autofocus lenses Viltrox offers for the Fujifilm X system.

You can find the Viltrox 23mm f/1.4 at the Viltrox store here, but it should soon follow also on BHphoto, AmazonUS, Adorama and eBay.

Mattias Burling started its coverage about the Viltrox 33mm f/1.4.

He just shared his very first impression about the lens. Here they are:

He then compares it to the Fujinon GF63mm f/2.8 mounted on the Fujifilm GFX 50R as well as to the cheap Canon 50mm. The Viltrox 33mm f/1.4 was the fastest focusing lens in the test.

We remind you that Tokina will also launch a 23mm/1.4, 33mm f/1.4 and 56mm f/1.4 lens in 2020, as we reported here. They look like re-branded Viltrox lenses. It will be interesting to see, though, if also the Tokina lenses will have a clickless aperture ring, too. 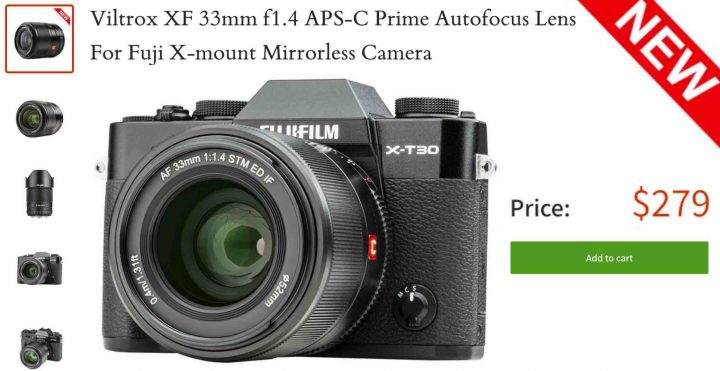 Shipping should start on April 21. 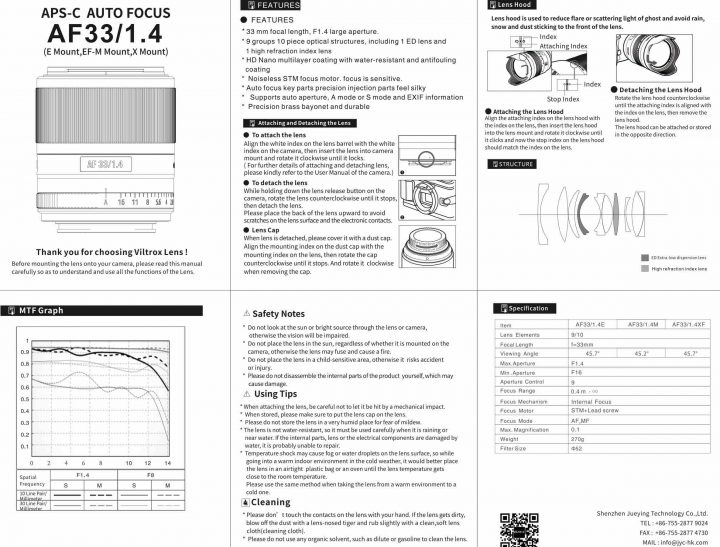