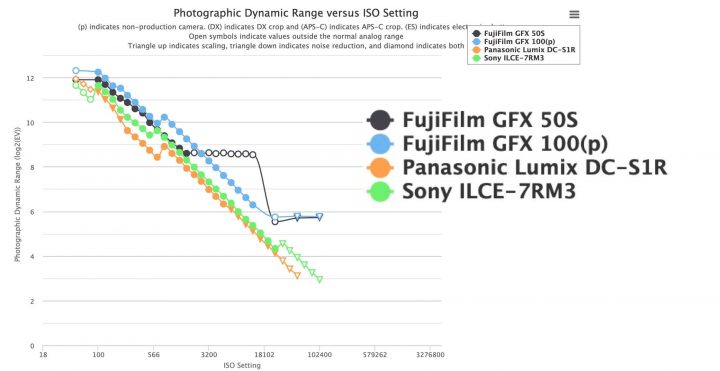 In terms of dynamic range, the 100 megapixel GFX100 beats all full frame cameras. If you need even more dynamic range, you have to pay $40,000 for a Phase One.

The bump you see at ISO800 is due to dual conversion gain.

Earlier today we shared the DPReview lab shots, which in my eyes showed impressive results in favor of the Fujifilm GFX100. 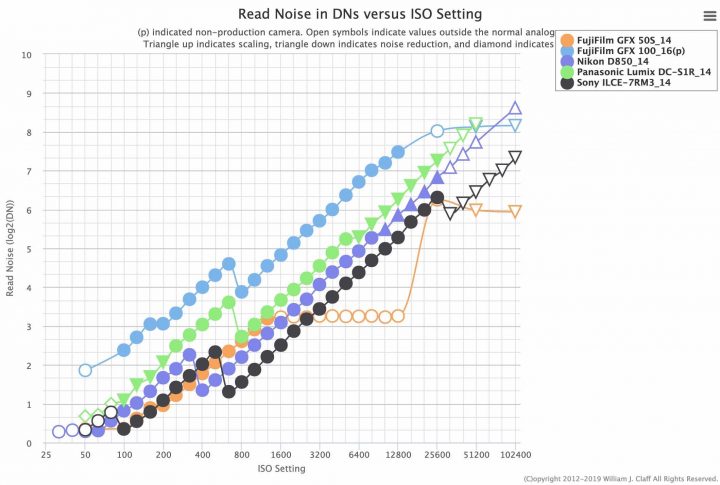 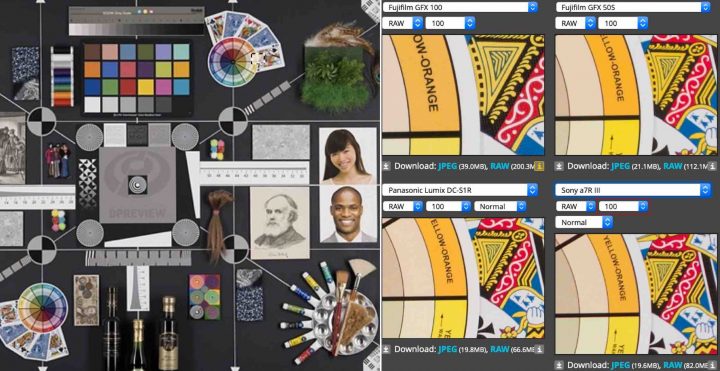 If you are into medium format GFX, then the GFX100 looks like a sensible step up in image quality.

You can download the RAW studio lab shots of DPR, and open them Adobe Lightroom and since today also at Capture One Pro 12.

And now, happy pixel peeping to all of you :) 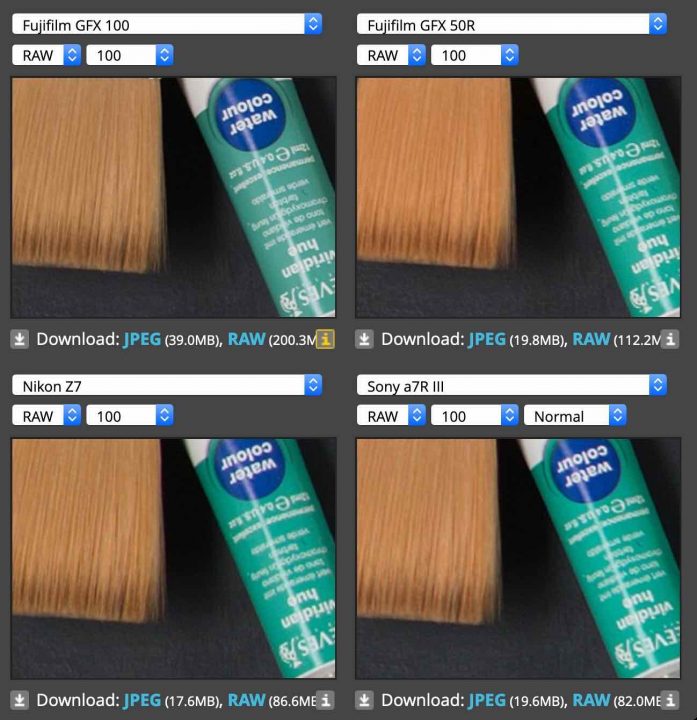 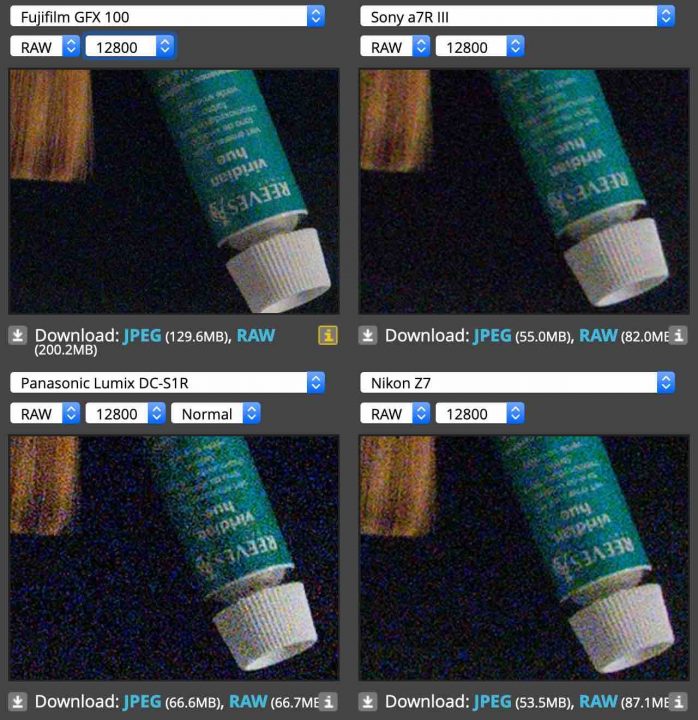 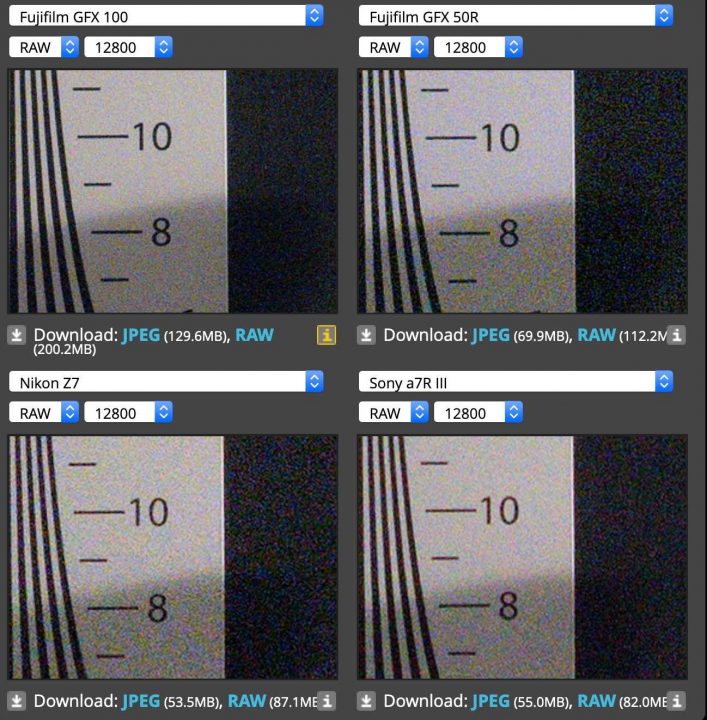 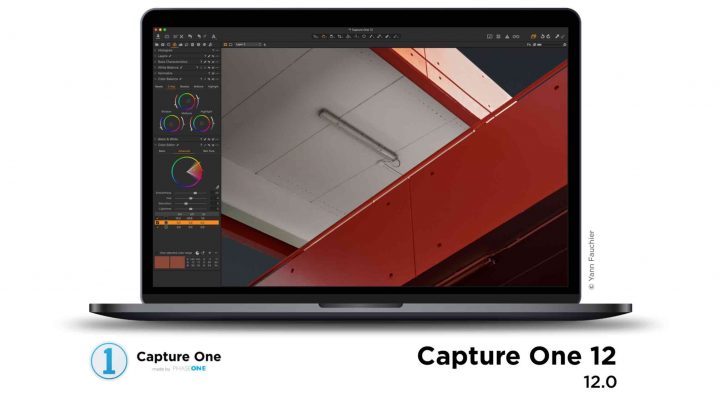 It adds support for Fujifilm GFX100 and also for the following Fujinon XF/XC lenses:

In 2019, Phase One already added support for the following XF/XC lenses in Capture One Pro:

The Fujifilm GFX100 is getting tons of positive feedback so far, and it seems that reviewers can’t really believe they are holding a medium format sensor camera in their hands, since everything with a digital sensor bigger than 35mm was notoriously slow.

The Fujifilm GFX100 changed the game: it is fast and responsive, despite having a 70% larger sensor than full frame and 100 megapixel. And thanks to IBIS, it is also versatile.

I am sure: Fujifilm has winner here!

Also Cameralabs went hands on with the Fujifilm GFX100. Down below are his findings and his video above: 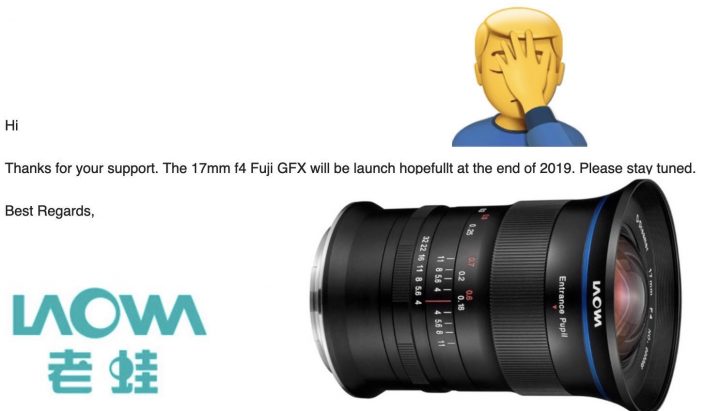 Just yesterday, FujiRumors shared with you the leak about the Laowa 17mm f/4 for Fujifilm GFX.

The leak included updated specs as well as the price of the lens.

This lead many of us to think that an announcement is imminent, especially since the precise price tag is one of the last things companies decide, before releasing a product.

However, I have been contacted by a FR-reader, who was in touch with Laowa a few days ago, and they told him:

Now it seems that we have to arm ourselves with patience again, and cross fingers that it will be at least end fo 2019.