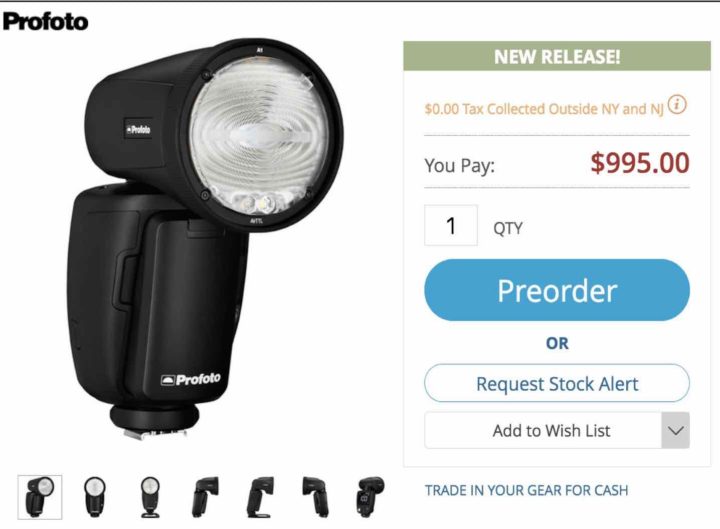 Back in mid-September, Profoto announced the Profoto A1 studio light.

Just a few days later, here on FujiRumors we broke the news, that the Profoto A1 will come also for Fujifilm. Profoto’s plan was to release the Canon/Nikon version in late November, and the Sony/Fuji version following later on.

The good news: Profoto A1 pre-orders seem to be strong

The bad news: according to Profoto, pre-orders are so high, that the release for Canon/Nikon version has been delayed from late November 2017 to late January 2018 (via dc-watch). I hope this does not mean also the Fuji version will be delayed, too.

And while Profoto, Elinchrom & Co sleep, the Godox system is filling the flash-gap and rapidly becoming the favorite flash system amongst Fuji shooters.

The Godox price/value equation is simply unbeatable… and now, until November 30, it’s even more discounted: