“Iridient Developer 3 beta 5 is now available and includes support for the X-A2 and XQ2 plus a fix for the previous Fill Light bug and numerous other refinements and changes (preset file support and streamlined color management setup, etc). Plus some nice improvements to the monochrome mixer conversions, particularly the new v3 RAW variants that really advances the monochrome conversions both in terms of lower noise and better apparent detail. Ive been working closely with a few pro photographers on this new monochrome conversion processing and I think it is really showing some amazing results!

The Clarity adjustment plus some of the other processing on the Detail pane is now previewed at all scale (zoom) sizes and no longer cuts out at 50%. I have been able to make some major improvements to both memory usage and performance plus have refined the preview approximation at small scale sizes so this should result in an overall better small preview while not being too much of a performance hit now.

The Help documentation should now be all updated for new version 3 functionality and changes too.”

This new release can now be downloaded here:
http://iridientdigital.com/products/iridientdeveloper_download_v3beta.html 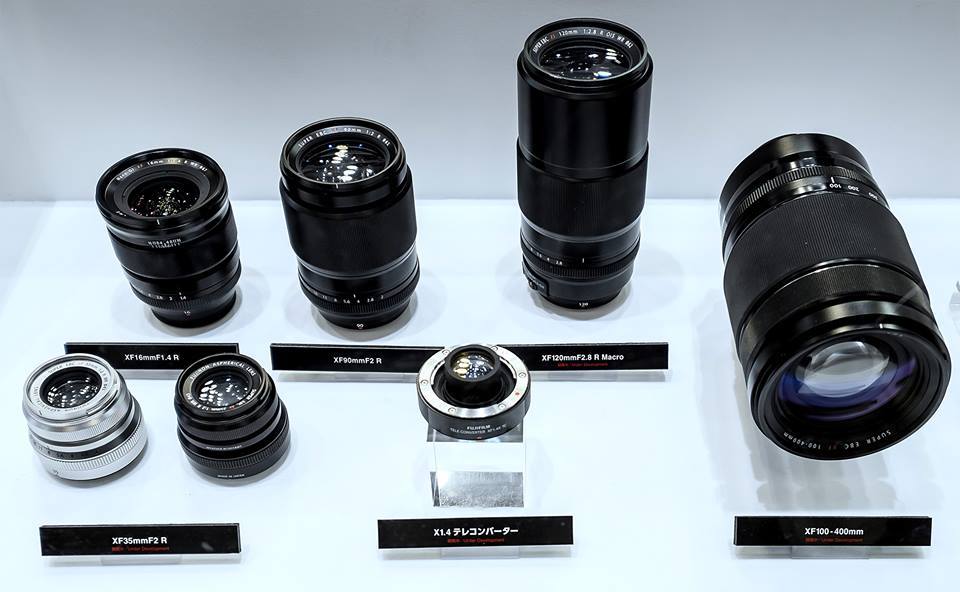 So it begins… the non-stop CP+ news coverage here on Fujirumor. Stay tuned on FujiRumors via facebook, google+, RSS-feed and twitter to be always up to date with the latest news!

Turlututu & aki made a nice summary in the comments:

Ealier today I already shared some new pics of the 90mmF2 and 16mmF1.4 WR, along with a new (and better) lens roadmap. Check it out here.

FujiXworld published a new image of the XF90mmF2… no markings on the lens, but we know from Fuji Guy Greg himself that it is going to be weather sealed. And as Markus noticed “it appears Fuji has greatly reduced the diameter of this lens compared to what was shown at the Photokina.”.

They also show a new image of the XF 16mmF1.4, and this time we can clearly read the “WR”& Nano GI coating markings :)

Just 2 days ago, Fujifilm published a new roadmap. But there was a bit of confusion, because Fujifilm ordered the lenses from left to right according to their focal length, and not their estimated release time… making the time indication much more vague.

Well, now in the roadmap at the bottom of this post, you can see the lenses ordered more clearly, this means with the horizontal position showing the release time.

So we can see that:

TOP RATED ebayUS seller Cameraland has some terrific deals on Fujinon XF lenses. The price drop is even much better than on the current official Fujifilm X-deals (you can see them at the bottom of this post). Here are the camerland savings (available in a limited number):

UPDATE: a limited number of 16-55 is in stock also at top rated eBayUS seller kenmorecamera here.