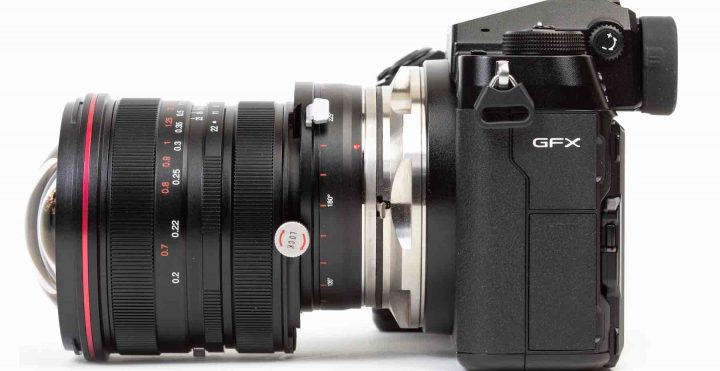 Back in 2020, Venus Optics announced the original Laowa 15mm f/4.5 Zero-D shift lens (blue ring version), which thanks to an adapter worked also on Fujfilm GFX with the ability to shift ± 8mm with no vignetting.

The good news: Laowa is now offering both the Laowa 15mm f/4.5 Shift lenses (the blue ring and the red ring versions) in native Fujifilm G mount, hence no more need to use any adapter.

Anhui China, Apr 11, 2022 – Venus Optics revealed a red ring version of its TIPA Awards winning 15mm Shift Lens. This new Laowa 15mm f/4.5R Zero-D Shift equipped with 14- blades aperture. Upholding the edge of being the widest shift lens for both full-frame cameras and medium format cameras in the market, the new version provides one more artistic option to photographers. In the meantime, Laowa also announced Fujifilm G mount for both Blue and Red Ring version, Meaning most camera system can use Laowa’s Shift lens without any adaptors (Including their newly released 20mm f/4 Zero-D Shift).

Laowa 15mm f/4.5R Zero-D Shift is made with a 14-blade aperture, producing 14-point sunstars. Compared to the previous 5-blade aperture version, the sunburst effect with fourteen rays is softer and subtler. By offering lenses with different blades, the photographers can choose the desired starburst effect in particular scenes. It is critical for architecture photography when there are often strong light sources and reflections on the windows. 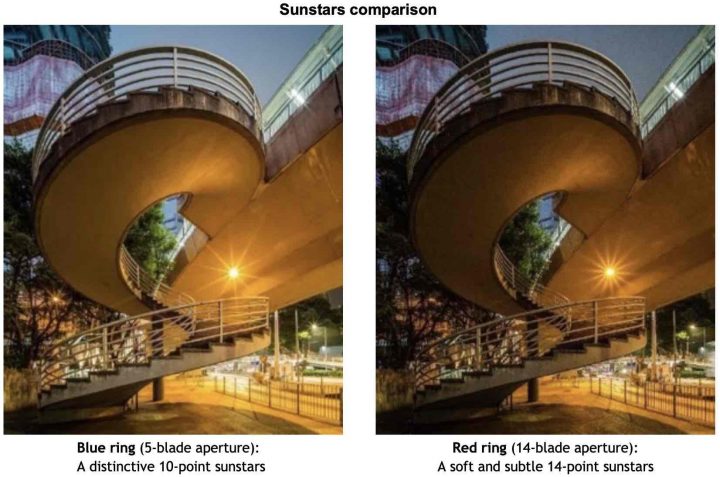 The lens aperture also has an impact on the shape of bokeh in the photographs. The new red ring version creates round bokeh on the out-of-focus backgrounds. It is smoother and hence more appealing in the night-view city scenes.

The angle of view for Laowa 15mm f/4.5R Zero-D Shift is 110° and it covers a huge image circle up to ⌀ 65mm. The ultra-wide angle perspective gives photographers great flexibility to frame the object and background. It is perfect for capturing supertall skyscrapers, magnificent architecture, and interior works.

The maximum possible shift amount of the lens is ±11mm for full-frame cameras and ±8mm for medium format cameras (e.g. Fujifilm GFX / Hasselblad X1D). The shift capability allows photographers to capture straight architecture and interiors. By shifting the lens, perspective distortion can be fixed, straightening the lines that appear to converge in the distance. It is incomparable to post-editing or photo cropping, crooked images are corrected by the lens, so a large area on the image can be preserved. 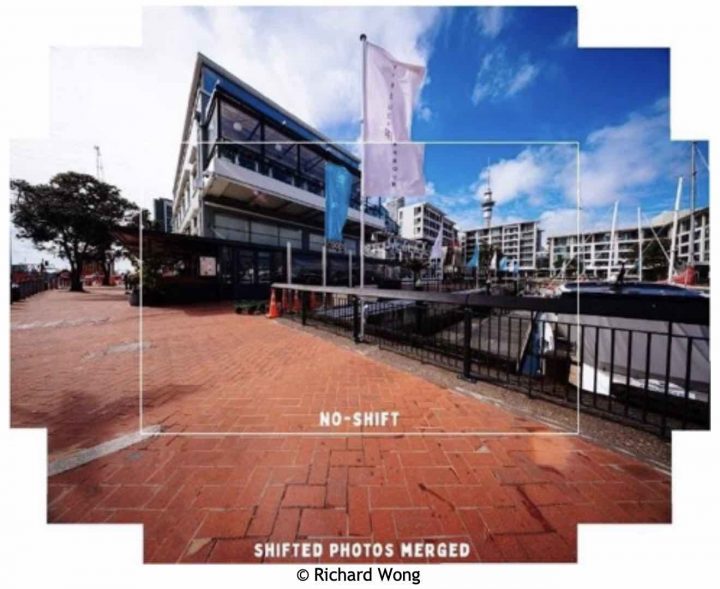 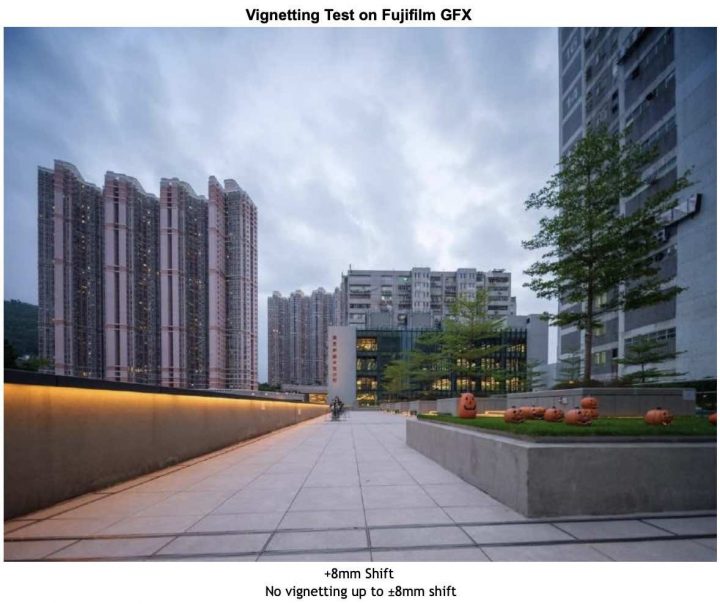 15mm f/4.5R Zero-D Shift is composed of 17 elements in 11 groups with 2pcs of aspherical elements. It suppresses the distortion to nearly zero level from corner to corner. It is game- changing for architecture and interior photography as straight and sharp edges can be captured easily. 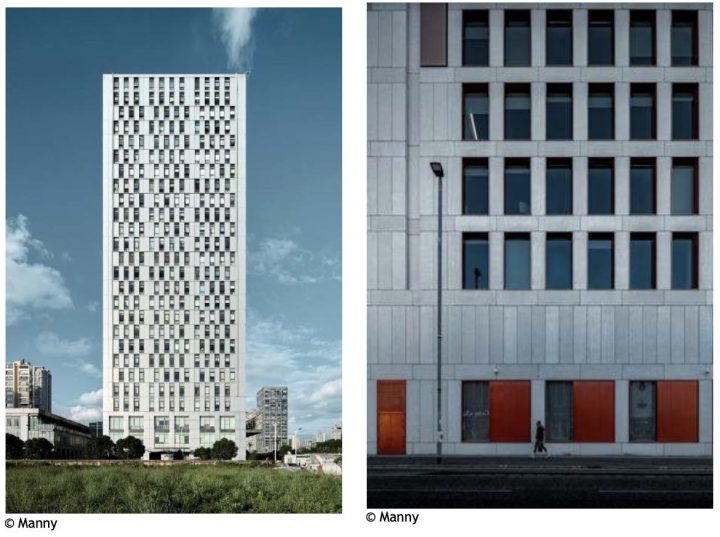 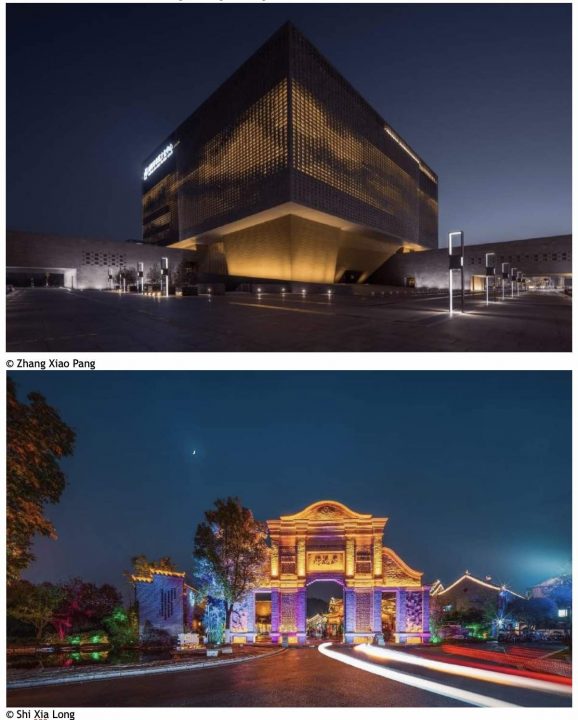 This lens is very versatile, with its ultra-wide angle feature and 20mm closest focusing distance, wide-angle macro-like images can be created easily. 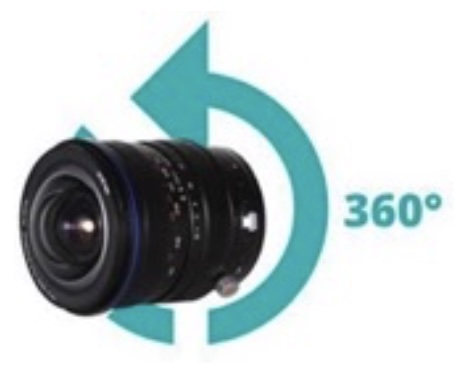 The lens is engineered with the rotation function on the barrel, allowing photographers to change the direction of the shift by pressing the silver unlock button conveniently. The lens barrel can be rotated at 360° and it clicks every 15°. It is very user-friendly for composing both landscape and portrait photographs.

A Lens support is specially designed to work with the 15mm f/4.5R Zero-D Shift. The rotatable ring is extremely helpful for stitching by keeping the principal axis even when orientations are changed and shifted. A must-have to achieve perfect stitching and panorama photography.