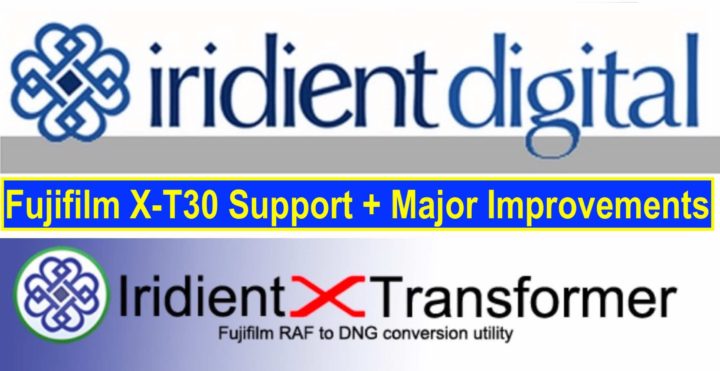 The Iridient Developer 3.3.6 update has been released with support for the Fujifilm X-T30 and a fix for the baseline exposure of some images shot with D-Range Priority set to Auto on the Fujifilm X-T3 and Fujifilm X-H1.

Iridient Developer 3.3.6 for macOS can now be downloaded here.

Iridient X-Transformer 1.5 is now available for macOS and Windows!

This new update can be downloaded from at Iridient web site here.