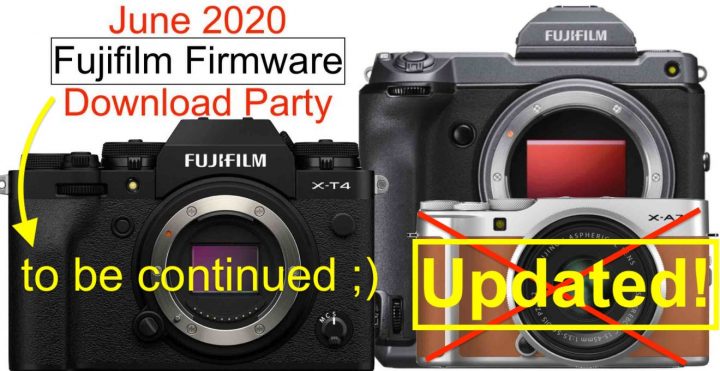 I have told you a back in May, that Fujifilm is going to deliver a couple of firmware updates in June.

Will this be all?

Well, I write about Fujifilm cameras on FR since almost a decade now, and the past experience has shown, that Fujifilm likes to organize some massive “download firmware parties” that include several cameras.

To be clear: I do not have specific information so far, but I would not be surprised, if Fujifilm would update even more cameras.

What I am sure, though, is…

… that the very same second new firmware will be released, you will read about it on FujiRumors, no matter when it happens. Let’s say my sixth sense will let know when things are going to happen ;).

… if you belong to that group of people, who’d like to get the information instantly and accurately, then I strongly recommend you to stay tuned on FujiRumors.