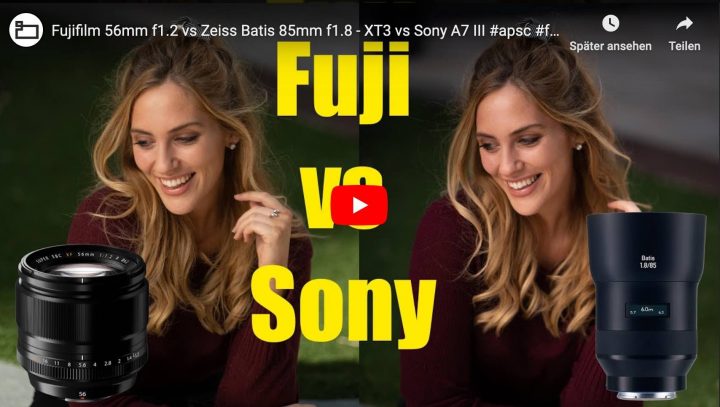 At the end it is a split decision, with Anete preferring the Fujifilm system and Sonder Creative the Sony system.

But I want to highlight one thing, before I leave you to the video and a summary down below.

In fact, f/1.2 on APS-C is closer to f/1.8 on full frame, and this is why on this comparison you don’t really see any difference in terms of depth of field between the Fuji and the Sony (except for the bokeh quality, which is better on the Fuji.)

When Sonder Creative exposed properly both images (base ISO, and widest aperture), he noticed that the shutter speed was completely different:

He concludes saying that:

one of the advantages of shooting with APS-C, is that you can shoot with a much faster shutter speed compared to full frame

Seen from this perspective, the light gathering capability of f/1.2 on Fujifilm APS-C is and remains f/1.2.

I thought I point this out and let you discuss about it.

And now to the video and the summary: