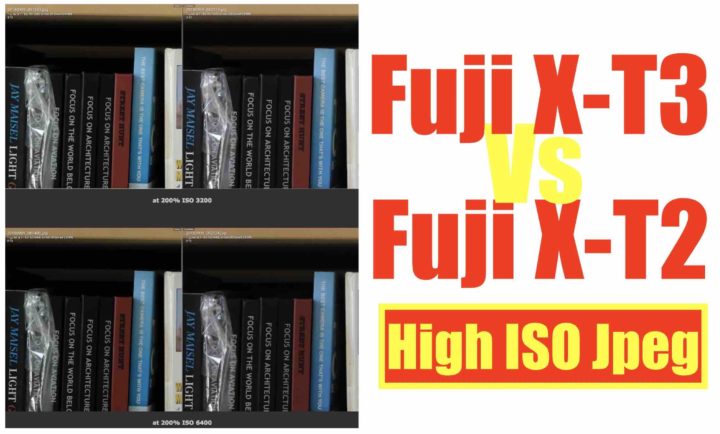 If the Canon EOS R and Nikon Z series earned quite some flack on the internet, quite the opposite is true for the Fujifilm X-T3, and even guys, who used to cirtique Fujifilm quite hard and never recommended to buy Fujifilm like Gerald (link below), now say that with the X-T3 changed everything. He has one for testing, and is evidently blown away.

This camera has one equation that simply fits: it’s great value for money! So let’s check out the next bunch of X-T3 first looks.

We already shared a dedicated X-T3 eye/face detection article earlier today. Now let’s see what else we can learn about the Fujifilm X-T3.

Bjorn as published a 2 part review of the Fujifilm X-T3 (part 1 – part 2). The review also includes a high ISO comparison between the X-T2 and X-T3. JPEG only, since nobody supports the RAW files yet. So we are definitely far from being able to take any conclusions, but it’s interesting to see anyway.

“I must admit that I was expecting a larger difference between the two cameras when it comes to high ISO performance, especially since it is using the new Backside illuminated sensor (BSI). Realistically, there is about a one stop advantage for the X-T3 compared to the X-T2. I have no problem shooting at ISO 6400 and will bump it up to 12800 if needed. Compared to the X-T1 the difference is more pronounced and is closer to two stops better low light performance. For a cropped sensor camera, this is well within the ballpark.”

Before we move on, please make sure to…

Canon and Nikon Take a Hit

Hug Brownstone went hands on with the Fujifilm X-T3. He says he freaking loves this camera. Here are some excerpts – full video here:

Hard to Beat from a Value Perspective

Gerald Undone shared several times on his channel, why Fujifilm X is not for him, and why he can’t recommend this system to other people.

However, all this changed with the Fujifilm X-T3.

He was at the Fuji event, and now has an  X-T3 for testing. He shared his video here. Some excerpts:

ThePhoBlographer posted it’s Fujifilm X-T3 first look. You can read it here. Here are his impressions about the autofocus:

Autofocus performance in the Fujifilm XT3 is noticeably improved over its predecessor […] we spent the afternoon testing the camera in a number of different lighting conditions around Manhattan. For the most part, the X-T3 performed admirably, acquiring focus almost instantaneously in bright, high contrast outdoor conditions as well as indoor low light scenarios with mixed lighting.

We did notice some degradation in autofocus performance however during the X-T3 announcement event held in Brooklyn later that same evening. Fujifilm had setup a disco themed roller derby rink in a dimly lit warehouse, lit by a mixture of hot lights, multi colored disco lights, and neon lighting. The fog machines were also on full blast, generating so much fog that it was spilling out into the check in area. Fujifilm may have overestimated the performance of the new sensor and image processor in the X-T3, but we applaud them for letting everyone test the camera out in this type of scenario as opposed to the professionally lit studio setups so commonly found at camera launches. Given Fujifilm’s track record, I’m sure we’ll see autofocus improvements addressed in future firmware updates.

BigHeadTaco has publised his X-T3 first look on his youtube channel here.

And check this out! The review is filmed with a second X-T3 in auto face detection, and it makes a great job! Check out how smoothly and quickly it tracks back on Take’s face, once he removes the other X-T3 from the frame at minute 4:50.

The next in our list is David, a Nikon and Sony shooter who wanted the Nikon Z to be what the Fujifilm X-T3 is, but Nikon just didn’t deliver. Now he is considering the Fujifilm X-T3, becasue it’s affordable (the entire system, lenses included), and on paper it looks like a home run. You can check out his video here… and don’t miss the best answer I have heard so far to whom says it’s not Full Frame. Check out minute 1:07 ;).

Pixelcatcher Youtube – Photographing with the XT3 and the best Fuji Lens: the XF23/1.4