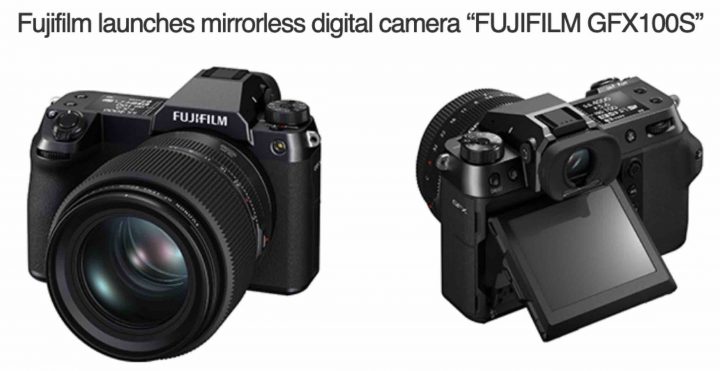 TOKYO, January 27, 2021 — FUJIFILM Corporation (President: Kenji Sukeno) is pleased to announce that the “FUJIFILM GFX100S” (GFX100S) will be released in late February 2021 as the latest addition to the GFX Series of mirrorless digital cameras equipped with a large format sensor** about 1.7 times the size of a 35mm full-frame sensor.

The GFX100S is a mirrorless digital camera that uses the world’s highest* 102MP large format sensor and unique color reproduction technology to deliver superior image quality on a whole new level. Its compact and light weight body, weighing just 900g***, packs up to 6.0-stops of five-axis image stabilization mechanism*4 as well as an autofocus (AF) function with a high level of speed and accuracy. It delivers portability that is unprecedented for a digital camera carrying an image sensor bigger than 35mm full-frame sensors, broadening the scope of photographic situations for its users.

The GFX100S is a innovative mirrorless digital camera that offers superior image quality easier than ever before. Rich tonal reproducibility and shallow depth-of-field unique to the large format sensor realizes three-dimensional definitions. It is a perfect choice not only for professional photographers who want to take advantage of the large sensor for added photographic expressions but also photography enthusiasts who wish to enjoy the world of 100MP images while hand-holding the camera.

The GFX100S is a mirrorless digital camera that is equipped with the world’ highest 102MP sensor and the high-speed image processing engine “X-Processor 4” which are used in the GFX Series’ flagship model “FUJIFILM GFX100” (GFX100). Its compact body weighs just 900g, approximately 500g lighter than the the GFX100. The inclusion of up to 6.0-stops of five-axis in-body image stabilization (IBIS) mechanism means users can produce images of ultra-high resolution hand-held. Phase detection pixels are spread across the sensor to enable fast and accurate AF. The ability to attain focus on a subject quickly and accurately increases the camera’s portability. The GFX100S model can cater to a wide range of scenes thanks to its excellent operability, dust and weather resistant, and the capability to operate at temperatures as low as -10℃. Furthermore, the camera enables video production in premium image quality, thanks to its capability to record smooth 4K/30P video in rich tonality.

Fujifilm will continue to offer the joy of photography with the GFX Series including the new GFX100S, the X Series of APS-C sensor cameras, and an extensive lineup of interchangeable lenses. 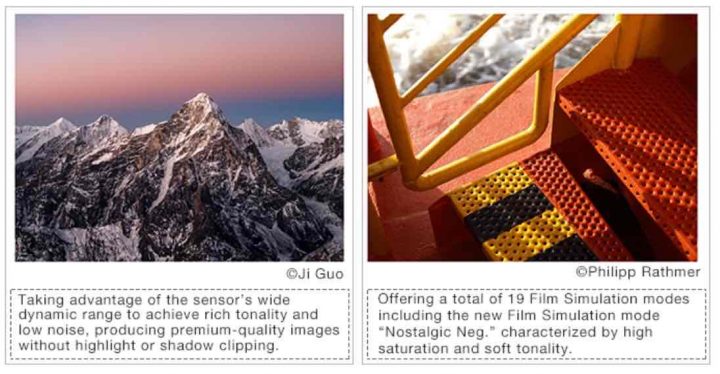 Metal hand grip makes it substantially more comfortable to hold the camera, even when it is mounted with a large zoom lens, thereby reducing camera shake. The bottom part may be used as an Arca-Swiss plate, allowing use as a quick shoe mount when using a compatible tripod. 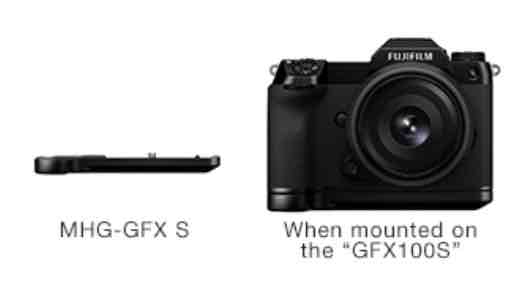