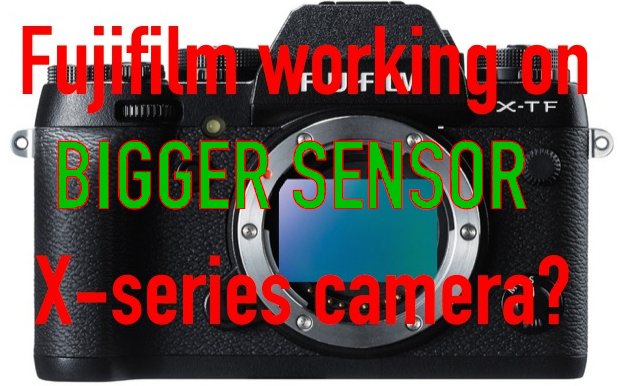 This is one of the most intriguing rumors that ever landed in my Inbox, and it comes from a source, who was right in the past (SRP).

However, as every rumor, you should take it with a grain of salt. Even the best sources can sometimes mix up things (especially with Fujifilm changing plans every few months ;) ).

That being said, it’s the first time ever we hear about a bigger sensor X-series camera from a source, that is not “new” or “anonymous”… and here is what it told us:

Fuji is working on a bigger sensor camera. The source would like to specify, that the release of this bigger sensor size camera is everything else but imminent (so don’t expect it to come anytime soon). We are just in the early stages of its development. But Fujifilm is already paving the way for its arrival, since, always according to this source, some of the recently announced/released Fujinon XF lenses are already designed to cover the bigger sensor.

End of the rumor.

Does it make sense? Well, the APS-C camera and lens lineup is almost complete. I think that this could be the right moment for Fujifilm to start to develop a new system, APS-H, Full Frame or Medium Format.

NOTE: In the image above I called this camera X-TF, but the name is just my pure invention… or my suggestion to Fujiiflm ;).