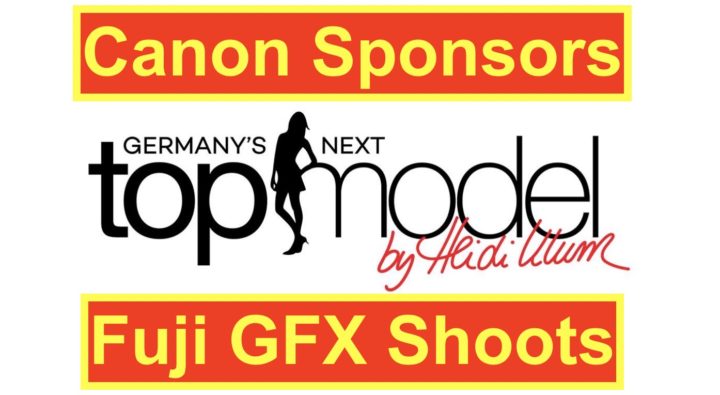 You might remember how Canon recently used part of a Fujifilm image to promote their own cameras.

Today we have another example of marketing gone probably not exactly the way Canon hoped… and it’s spotted by Ulf from ukphotography (thanks).

Canon is this years sponsor of the big German TV show “Germany’s next Top Model“.

The sponsorship’s officially declared goal is to promote the Canon EOS M100, a camera that can be considered a competitor to the Fujifilm X-A series, which is extremely successful amongst young women (especially in Asia).

Since this is a “Top Model TV show“, there are some celebrity photographers taking pictures of the aspiring models. Ulf told me that you basically see only Canon cameras in the show, and rarely a Hasselblad (no surprise, given the money Canon pumps into the show). [UPDATE: German FR-readers say that also Nikon appeared in the show, but logo gets blurred]

But well, there is one photographer, Marcus Schäfer (website – exhibitions), who entered the show with the best camera for this kind of job, the medium format Fujifilm GFX 50S :).

The “FUJIFILM” logo is taped (probably in order not to annoy Canon?), but we know it’s that beast.

One more curiosity: the show is moderated by former Top Model Heidi Klum, who is the ex-wife of superstar Seal Samuel, who is a GFX shooter and member of our Fujifilm GFX facebook group :) .

And remember, a HUGE LIVE BLOGGING will be here on FujiRumors for the GF250mmF4 announcement on April 12.

Ulf provided screenshots for us below. 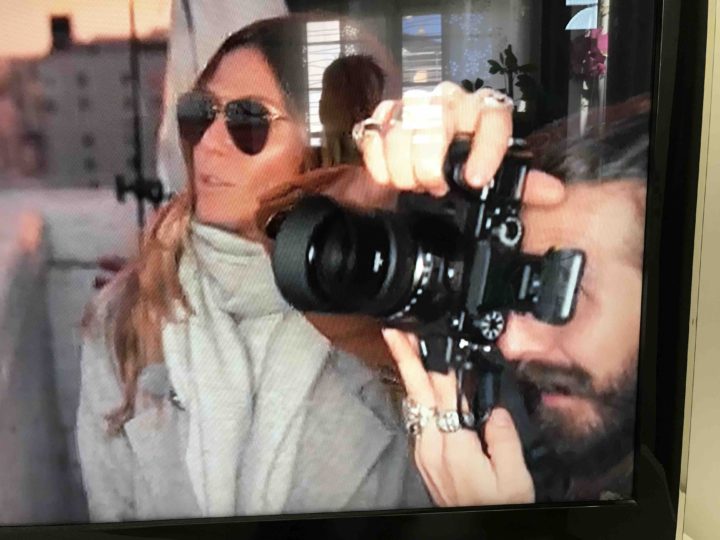 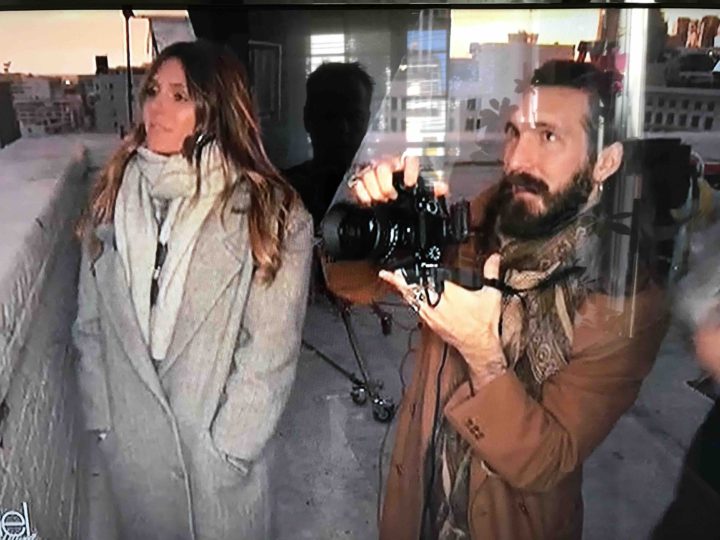