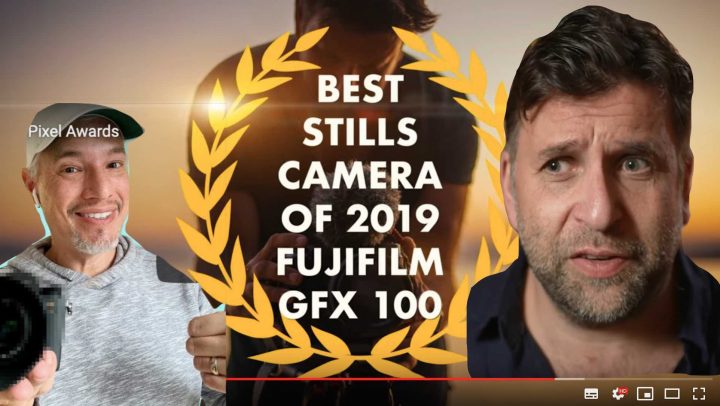 DPReviewTV already made their best of 2019 gear list here.

But these days many others make their own lists, too, such as Philip Bloom, Tony Northrup and more.

SPOILER: Fujifilm GFX100 grabs quite some attention, Fujifilm X-T30 wins too, and the Fujifilm X-Pro3 is wtf camera of the year.

Then check it all out down below.

And which one was, according to him, the best stills camera of the year?

Well, he says that despite the Sony A7rIV and other great cameras, there is an easy winner, the Fujifilm GFX100.

Not a big surprise, as also DPReview already said in their 2019 best of here, that the Fujifilm GFX100 is the best stills camera they have ever tested.

Tony Northrup declared the top and flop gear of the year:

Flop of the Year

Lens of the Year

Disappointment of the year