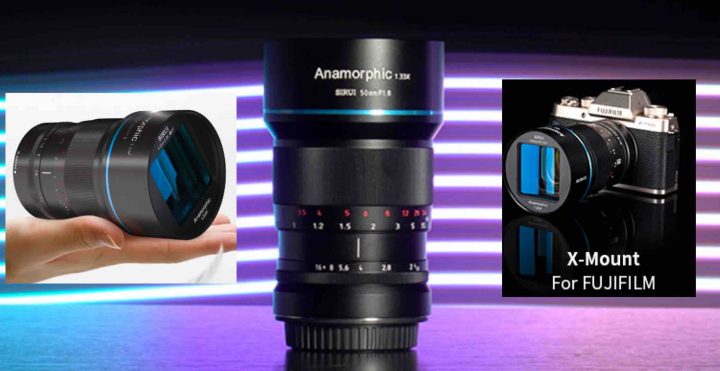 Video sample shot on Fujifilm X-T3 can be seen in this article.

Cinema5D is at the IBC show in Amsterdam and had the possibility to look closely at it.

In fact, the youtube video above was filmed with Sirui 50mm f/1.8 mounted on the Fujifilm X-T3.

The Sirui 50mm f/1.8 1.33x is the most affordable anamorphic lens on the market, and here are the main specs, shared by Cinema5D: 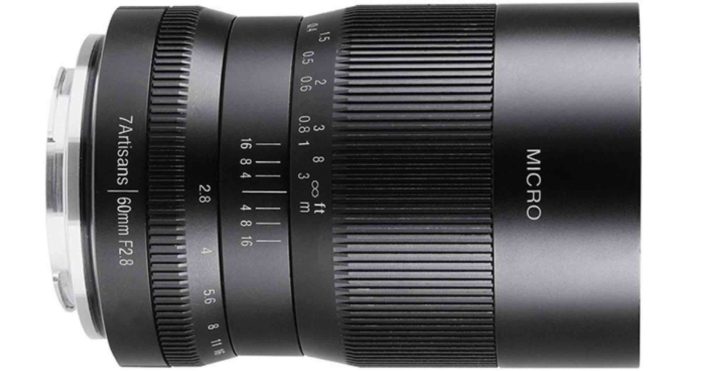 Scheduled to be released in May 2019
Manufacturer’s preferred price ¥ 25,000 (excluding tax)

7Artisans 60mm F2.8 Macro is a “60mm macro lens” designed for “APS – C size” mirrorless camera that can shoot from closeup to infinity. It can be captured without disturbing from remote places such as insects and small animals, so it is suitable for shooting subjects that are difficult to close close-up.

The focus part is sharp, blurred is beautiful, and the whole is depicted richly in gradation. Ultra close-up shooting up to 5 times magnification is possible by installing an optional extension tube.

Other 1:1 Macros for Fujifilm X mount are:

FR reader Chris pre-ordered the Viltrox 85mm F1.8 autofocus lens for Fujifilm at eBay here. Now he has been contacted by the retailer, who told him that there are issues with the lens, and hence the shipping, which was originally expected for October, will delay.

As you know, I did test a pre-production Viltrox 85mm F1.8 AF lens at photokina in September, and I share an autofocus video as well as JPEG and RAW samples to download here.

“We can not show you th perfect lens now, We just received notification from the factory. They said there is something wrong with the lens and can not when will fixed done. There is some troubles with the factory, too. We are so upset when we got this news. We can five you the full refund first. When the factory fixed the problem, we will let you know. And also ship you the DHL Express when you pay again if the lens fixed the problems. We can apply for some discounts to the company for you. Even if we just got a little bit profit. Is it OK for you?”

It will be available for Fujifilm X mirrorless APS-C cameras as well as Sony E, EOS-M and MFT mount.

First sample image at the bottom of this article.

Mirrorlessrumors notes that the description contains an error when describing the lens construction, since this is a screenshot from a beta page that is still under construction and mistakes will be fixed.

The 7Artisan 60mm f/2.8 1:1 Macro lens will add to the already wide range of Chinese made Fujifilm X mount lenses. Full list below: 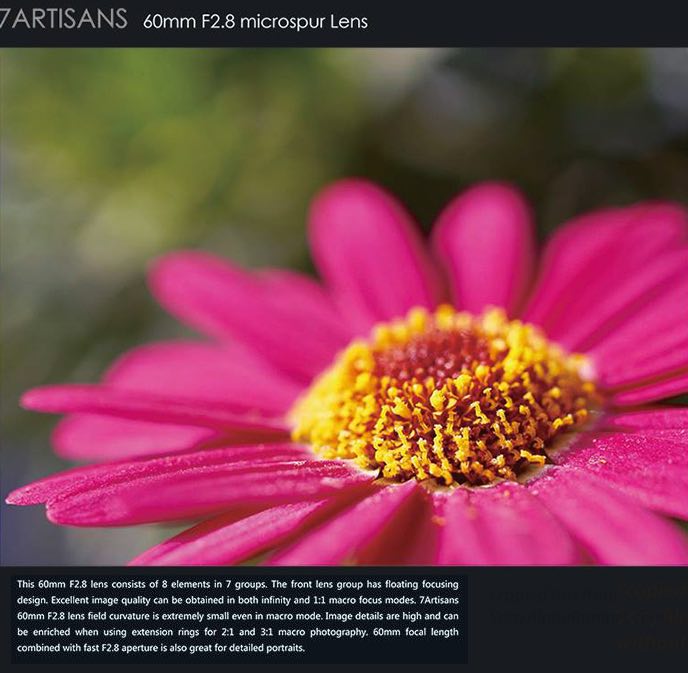