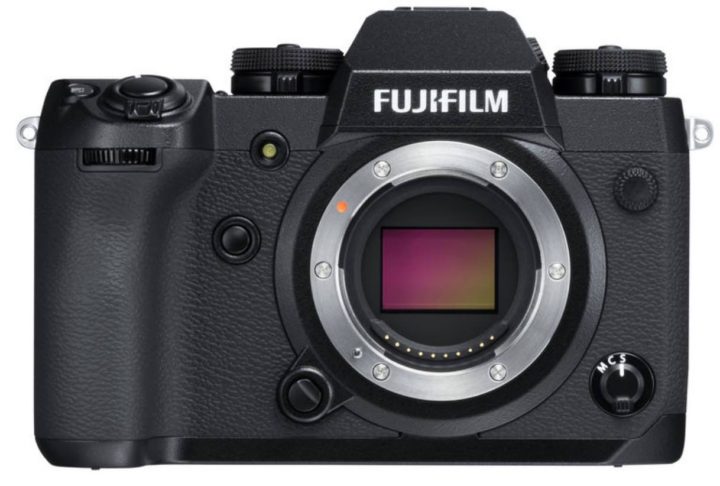 Combining a robust, durable body with superior image quality and easy operation, the FUJIFILM X-H1 is the first camera in the series to include 5-axis 5.5 stops* in-body image stabilization (IBIS), and the new ETERNA Film Simulation feature, for outstanding video reproduction.

The X-H1, with a newly-designed robust and durable body, incorporates a range of extremely useful features that support shooting in various scenarios demanded by professional photographers and videographers. The X-H1 is the first X Series model to include the latest 5-axis in-body image stabilization (IBIS), which has a maximum of 5.5 stops*. The superior image quality with the memory color will be achieved in the various scenes in addition to easy operation. It is also mounted with the flicker reduction mode which enhances the quality of indoor sports photography. In addition, The X-H1 is the first camera in the X Series to include ETERNA mode, a new film simulation mode ideal for shooting movies.

The following technical breakthroughs have been developed to support this high image stabilization performance:

The X-H1 is mounted with the APS-C size X-Trans™ CMOS III*** sensor (24.30 million pixels, without low-pass filter) and the high-speed image processing engine X-Processor Pro. This proprietary Fujifilm’s technology was first utilized in the FUJIFILM X-Pro2 and then FUJIFILM X-T2 cameras, receiving many awards globally. When used in combination with the extremely high-quality FUJINON lens, as well as its unique color reproduction technology, perfected through over 80 years experience in photographic film development, the X-H1 produces outstanding, unrivaled quality images with the memory color recording the finest details of the subject including its texture, three-dimensional structure and even the atmosphere and vibe of a particular scene.

(1) In addition to the camera’s dust-resistant, water-resistant properties, and the ability to operate in temperatures down to -10°C, the camera also uses a 25% thicker magnesium alloy compared to the FUJIFILM X-T2. The structure for attaching the mount is modified, resulting in a more compact size and lighter weight body that maintains high precision and strong resistance to impact shock and other sources of deformation.
Higher granularity coating on the camera’s external surface provides a high-quality scratch-resistant coating with a surface hardness equivalent to 8H*4.

(2) The viewfinder is a high-magnification, high-precision electronic viewfinder. The magnification ratio of 0.75 times and the 3.69 million resolution is the highest class within mirrorless digital cameras. The viewfinder display is extraordinarily smooth, with a display time lag of just 0.005 seconds and a frame rate of 100 frames per second, allowing the photographer to instantly confirm the movement of the subject and position of the focus with great precision.
The rear LCD monitor is a 3-direction tilt, 3-inch, 1.04 million dot electrostatic touch-panel LCD which can be intuitively set to the desired angle. In addition, the 1.28 inch sub-LCD on the top of the camera, a current feature of the medium format FUJIFILM GFX 50S, allows for instant confirmation of shooting information.

Flicker reduction modes are essential for indoor sports photography, and the X-H1 is the first X series camera which has this mode, allowing for stable exposure during burst shots even under fluorescent and mercury lighting.
In addition, improvements to the AF algorithm have achieved the following performance enhancements:

(1) The low-light limit for phase detection autofocus has been improved by approximately 1.5 stops from 0.5EV to -1.0EV, raising the precision and speed of autofocus in low-light environments.
(2) The range at minimum aperture has been expanded from F8 to F11. For example, even when using the XF100-400mmF4.5-5.6 R LM OIS WR with the teleconverter XF2X TC WR, phase detection autofocus can now be used.
(3) Major improvements have been made to the AF-C performance while operating the zoom, which provides major benefits when shooting sports and other scenarios in which the subjects moves unpredictably.
(4) Finely-detailed surface textures of wild birds and wild animals can now be captured at high speed and with high precision as a result of improvement in phase detection autofocus. 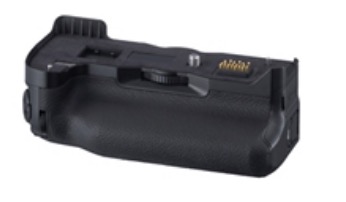 The wide cup covers a broad area around the eye, greatly reducing light interference and enhancing concentration during long shoots.
The eye cup can also be rotated in 90° increments, making it adaptable for either the left eye or the right eye and for shooting in either vertical or horizontal position. Also, the antistatic coating reduces the adherence of dust. 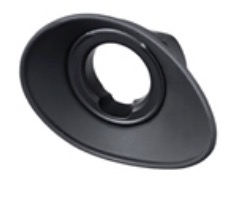