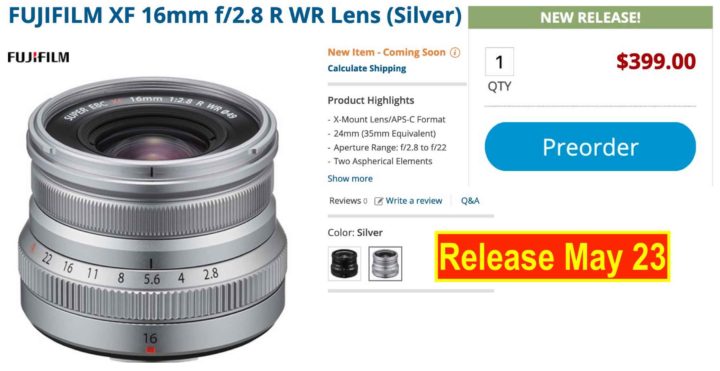 Fujifilm announced they will release the silver Fujinon XF 16mm f/2.8 R WR lens on May 23.

Here on FujiRumors we also exclusively broke the rumor for you guys, that the Fujifilm GFX100 will be announced on May 23. Now go out, spread the word… and quote the source ;). 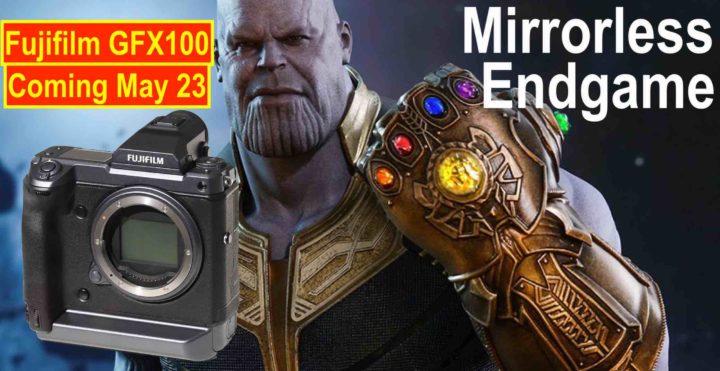