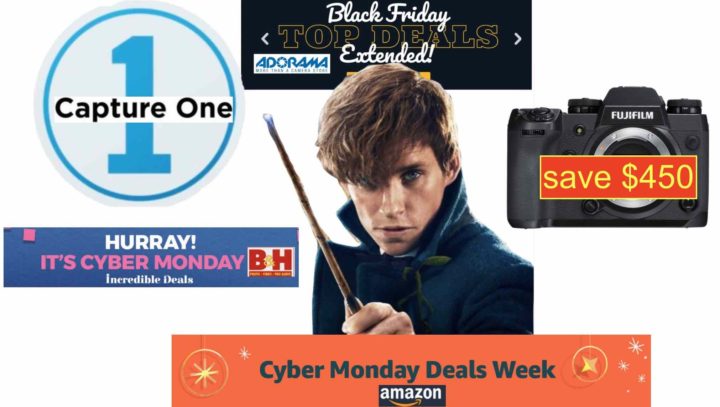 Black Friday is over, but the deals continue.

BHphoto is having a jump-start into Cyber Monday, offering tons of deals, including the extension on its top black Friday best sellers.

Also Adorama has decided to extended its best selling deals, inlcuding the up to $450 price drop on the Fujifilm X-H1 (gift card included).

The vastest Black Friday / Cyber Monday offering can be found at AmazonUS here, since you can find tons of deals also on non-electronic stuff.

The Capture One deal was a huge success, so Phase One decided to extend it.

If you purchase the perpetual license for the bundle Capture One Pro (Universal, Fujifilm or Sony) with 3 style pack B&W, Film and Cinematic, you will get 3 style packs for free (Matte, Seasonal and Spectrum). Don’t forget to use coupon code “AMBFR” to get additional discounts.

The Capture One Black Friday deal can be accessed in the online store (click on the black Friday banner).

Other Capture One Savings:

Until November 28, you can save big also on Luminar, Aurora and Photolemur. All the deals down below include free bonuses. Full overview here.