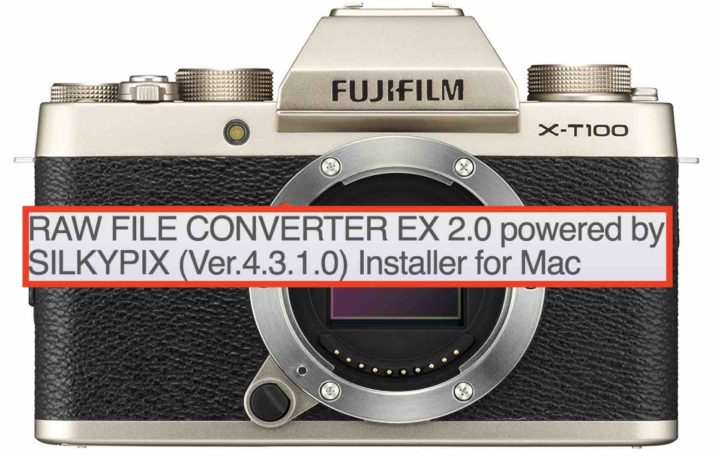 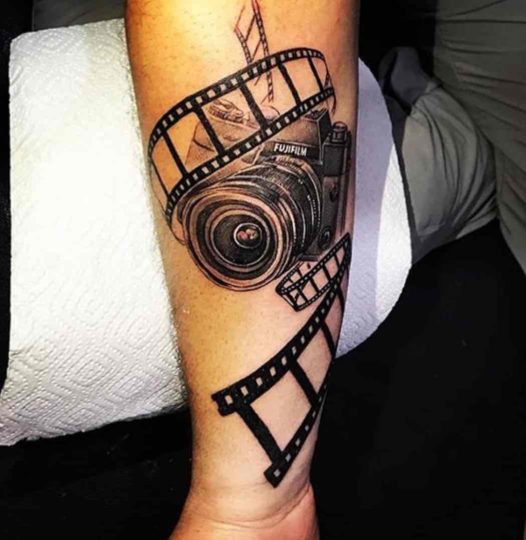 We start this roundup with a mandatory mention of mototeacher instagram‘s page, since he just tattooed an X-T20 on his arm… a nice way to show his Fuji love :)

But then there is more, especially reviews about the brand new Fujifilm X-T100. This camera is great value for money, and Fujifilm is pushing it strongly, even by launching a dedicated fujifilm-xt100 page.

Let’s add to this roundup today also the Fujifilm X-A5, which is the other Bayer sensor APS-C camera in Fujifilm’s line-up.

Chris and Jordan from DRPreview TV reviewed the Fujifilm X-T100 (with final firmware).  Here is what they think about the X-T100:

One of the most fun moments of blogging on FujiRumors, is when we have a live blogging.

Yes, I do not sleep, and yes, I blog 48+ hours in a row, but it’s just too exciting seeing months (or years) of rumors coming true and to go through hundreds of your comments and read what you guys think about the latest and greatest X gear.

But I know, not everybody of you goes back 24 hours later to the live blogging page to check if new content is up, and that’s why I think some of you might have missed the following tidbit:

I share this little piece of news again with you today, not only for those who missed it, but also to show you that the Fujifilm X-T100 is not a half-hearted project of Fujifilm, but a camera they strongly believe in, which is why Fuji’s marketing machine is running full power in order to promote the X-T100.

Will the Fujifilm X-T100 be successful? I do not know. Certainly I wish Fujifilm much success with this very gently priced and yet well featured camera. 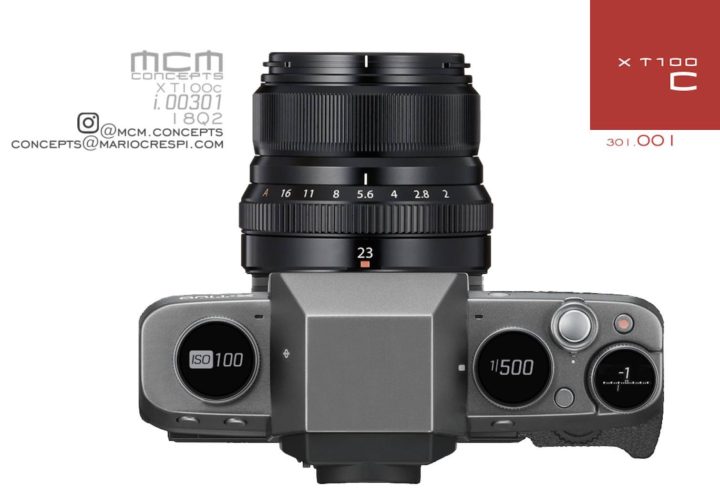 In the comments to our huge X-T100 live blogging here, one of our FR-reader Mario Crespi (Instagram @mcm.concepts) designed some X-T100 Concepts and said:

Thanks Mario… and looking forward to your next concept :)

Earlier today, Fujifilm announced the Fujifilm X-T100. And while BHphoto, Adorama and FocusCamera immediatly took pre-orders, AmazonUS was not in a hurry to accept them.

But finally the Fujifilm X-T100 is listed and available for pre-order also at AmazonUS.

Make sure to check out our complete Fujifilm X-T100 launch coverage, which includes first looks, product catalogues, samples and more.

As you know, the Fujifilm X-T100 comes in champagne gold, dark silver, and classic black. Feel free to let us know which is your favorite color. 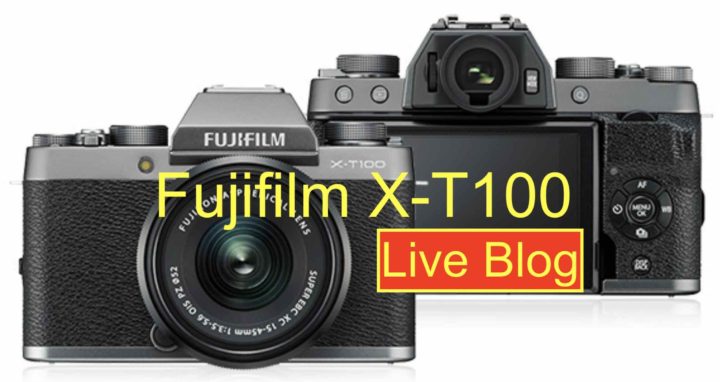 The Fujifilm X-T100 delivers a lot for small price. I can definitely see this camera becoming a huge success. If you own a flagship X-Trans camera (X-T2 &. Co) and are looking for a back-up camera, my biggest and only concern would be the post production workflow, since the X-T100 features a Bayer sensor camera and maybe you guys are better off with an X-Trans X-T20 or X-E3. However, Jonas Rask says in his first look “if you’re used to dealing with X-Trans, this sensor won’t give you the need to redefine your workflow.”

The X-T100 is a perfect first camera for people, who want to step up from smartphone photography or for people from other systems, who want to make the first steps into the X-system, but keep the Bayer CFA they are used to, with a well rounded and very affordable X series camera. 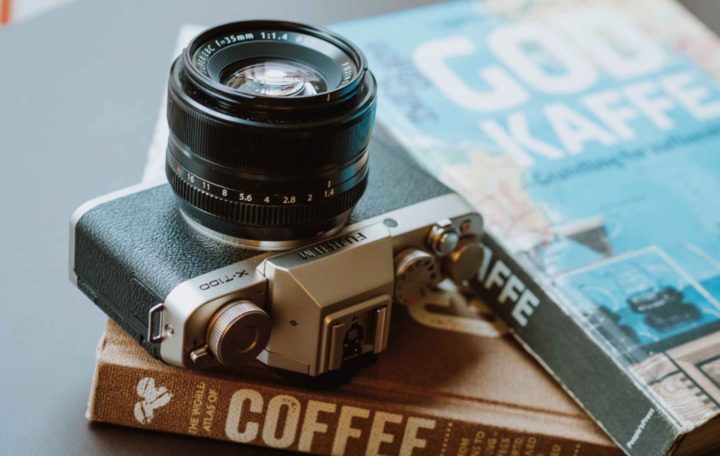 BHphoto
all options, body only, with kit lens

Adorama
all options, body only, with kit lens

AmazonUS
all options, body only, with kit ens

FocusCamera
all options, body only ,with kit lens

FUJIFILM Corporation (President: Kenji Sukeno) is delighted to announce the launch of the FUJIFILM X-T100, the latest exciting addition to the X Series of the mirrorless digital cameras. The X-T100 is the entry model that realizes high image quality in various scenes with comfortable operation thanks to the enhancement of photo-shooting functions. 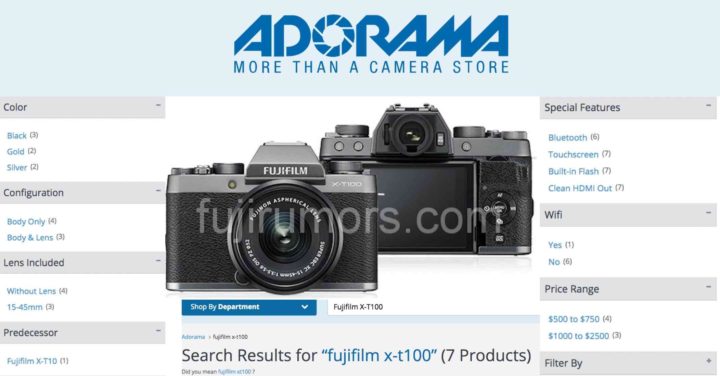 The Fujifilm X-T100 will be announced in a few hours, and Adorama has already prepared its system to take pre-orders.

They didn’t upload the images or the full specs, but they have the various option listed and selectable (colors, body only or kit lens etc).

If these prices are confirmed, then I think the X-T100 is very well priced. 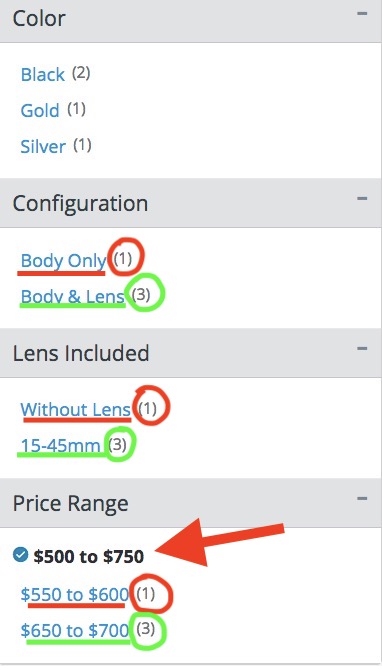