We already reported back in April, that Fujiiflm officially said they will launch the X-mount version of the Fujinon MK18-55mm F2.9 and MK50-130mm T2.9 within the end of 2017.

And just in case you are waiting for it and were afraid there could be any delays, don’t worry, another Fujifilm press release confirms that the launch of the X-mount Fujinon MK lenses is still scheduled for late 2017 :)

And as we just reported earlier today, IBIS on the X-T2S will work not only with the MK lenses, but also with all other X-mount lenses.

Besides confirming the late 2017 release for the MK lenses, the press release also shares:

FYI: here is the factory tour, that shows where they manufacture the Fujinon MK lenses (and more). I’m getting some emails from X-shooters, who are worried the IBIS on the Fujifilm X-T2s (the successor of the X-T2) will not work with all Fujinon X-mount lenses, but just with a few ones.

So I thought it might be good to share a little update: the IBIS on the Fujifilm X-T2s will be compatible with all Fujinon X-mount lenses.

This is the information I got from my sources… and since they have always guided me safly through the stormy Fujifilm rumors waters, I have complete and blind trust in them.

Wait, stop… don’t ask me when the X-T2s will hit the market. I’m still not 100% sure (and I don’t know if even Fujifilm itself is 100% sure when to launch it). But you know that here on FujiRumors we often share information already months (if not years!) before official announcements. So the X-T2s could be one month, but also 1 year away.

I’ve created a dedicated Fujifilm X-T2s facebook group, so that you guys can kill the waiting time for the X-T2s with talks, dreams, rumors, news… and just have fun :)

As we reported first here on FujiRumors, the Fujifilm X-T1, a camera that I still own and love, is now officially discontinued (I wrote an emotional farewell here). So, while it was to expect that Fujifilm would launch some nice deals on it, I guess nobody could have imagined that they would be that awesome!

And yes, if you then upgrade to the X-T2s, the XF35mmF2 will be stabilized thanks to IBIS ;)

For those, who always wanted to try the Fujifilm X-system, this is the best deal ever to join the X-side of life ;) . The deals are so good, that even Europeans could save a whole lot of money (all details here).

The big question now is: what will changed compared to the Fujifilm X-T2?

Well, I feel confident to announce, that the Fujifilm X-T2s is currently planed to feature IBIS (In Body Image Stabilization).

PLEASE NOTE that I have not shared ANY release date for the Fujifilm X-T2s until now on Fujirumors. And keep in mind that here on FujiRumors you often get also long term rumors. So just the fact that I share Fujifilm X-T2s rumors now, does not necessarily mean that it is just around the corner. This is something I’m working on right now and I will update you as soon as I can.

And to make absolutely sure you won’t miss anything, feel free to allow push notificiations by clicking on the bell on the bottom right of your browser and also follow us on Facebook, RSS-feed and Twitter.

When I harken back to the dim dark ages when I was a young wastrel, I can remember some of the silly old ‘good news, bad news’ jokes that were floating around at the time. The prison warden stands aloft the exercise yard and castes his gaze toward the assembled throng of disheveled, motley prisoners. “I have good news and bad news, he roars”, silence befalls the boisterous crowd as they await with bated breath – he continues – “The good news is that you will all get a change of underwear today ….”. A gigantic roar erupts from the hapless throng – “…… the bad news is that group A will change with group B …………”. A muffled silence envelopes the assemblage of miserable creatures.

The news or announcement of a new Fuji lens is akin to this story. A whisper or hint will come out on FR or some other website. There is a big figurative cheer over the net as optimistic fanboys and others wait with bated breath. Then as the technical data is finally released with the details of the lens, a blanket of silence spreads over the ether as fans realise here is another lens that could have been magical.

Before I continue any further, I wish to add a small disclaimer in here. 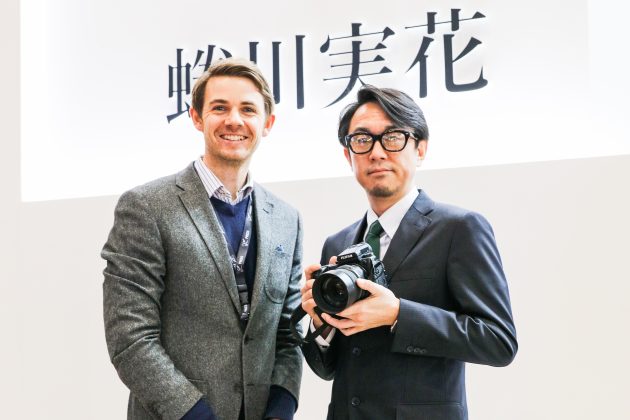 These are busy days for journalists at the CP+ in Japan, and the next interview with Fujifilm Managers just hit the web, this time again with Mr Makoto Oishi. Some excerpts:

Cologne with X-Pro2 + X70 at ivanjoshualoh / Nikon D5 & Fuji X-E2 Shooting Live Theatre at blog.stanleyleary / Budapest, a city trip with the X100T Part I at stockografie /

Switching back to Fuji… or When GAS becomes stupid at stockografie I know, there is an official “shipping embargo” on the Fujifilm X-T2 set at September 8. And yes, we also know it since this post, that Fujifilm already shipped the X-T2 to stores.

Well, it seems that some stores are just as excited to ship the camera, as customers are excited to finally get it. So it’s the case of Californian Store OC Camera, who officially said on their instagram page here:

“Now Available FujiFilm X-T2 Mirrorless Digital Camera at OC Camera!! We already had our good friend @chrisdiset pick up the first one to come in stock so be sure to stop by today or check out our website“

thanks for the link ;)