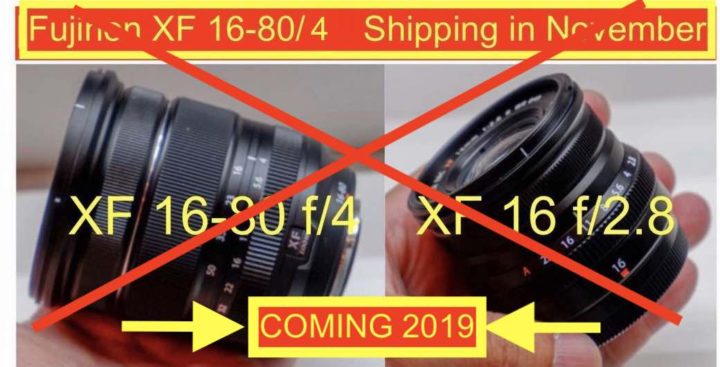 Yesterday we published the email of a Cameranu (a big and official Fujifilm retailer), who said to their customers, the XF16-80mmF4 will ship in November 2018.

I guess Camernu does not make up some stuff just to fool their customers and take early pre-orders. So I see two options: 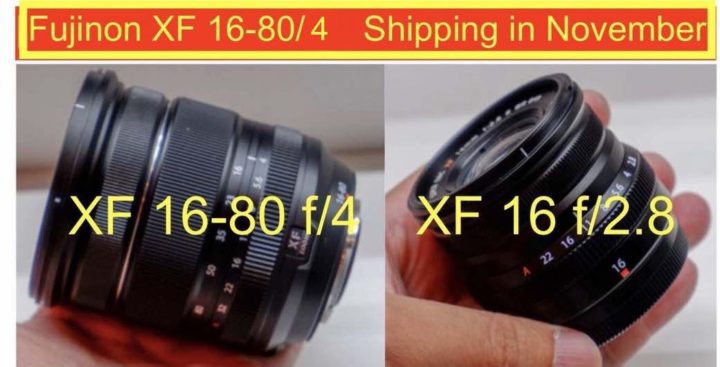 UPDATE: Our sources told us that Cameranu is wrong and that the lenses will come in 2019 as written on the roadmap – full report here

A few days ago Cameranu (an important Dutch store and also an authorized Fujifilm dealer) listed the XF16-80mmF4 WR, the XF33mmF1.0 and XF16mmF2.8 at their store.

But there could be a pleasing surprise :)

After reading the article on FujiRumors, one of our readers contacted Cameranu and asked them more details about the lenses.

Well, the store answered, and the reader send me the screenshot of the stores’ email. It’s in Dutch, and here is what it says in short:

“The expected shipping date for the XF16-80mmF4 is November“

It is not super clear, but it seems that also the XF16mmF2.8 could ship this year.

Cameranu expects to get more details about these lens pretty soon.

If this information is accurate, then I guess we can expect the lenses (except for the XF33/1) to be annonced along with the Fujifilm X-T3 very soon.

I guess Camernu does not make up just some stuff to fool their customers. If they say this, then I am sure it is because their Fujifilm rep told them so. 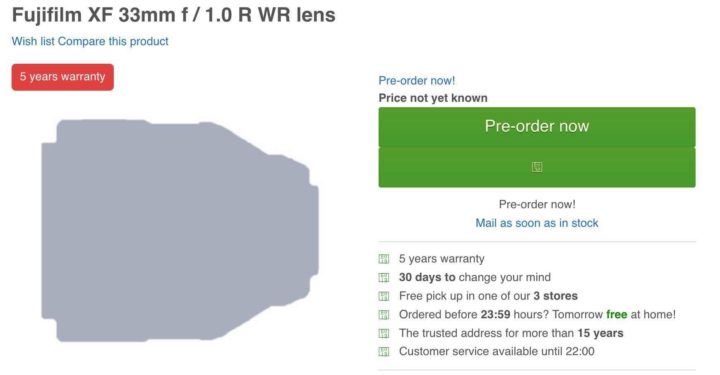 Recently we have asked you in a poll, which one of the new lenses on the Fujifilm XF roadmap you are interested to buy.

And just like many of us are impatiently waiting for the XF 33mm f/1.0, it seems that stores can’t wait to finally start selling the “world’s first mirrorless lens with F1.0 maximum aperture and AF capability“.

In fact, EU store Cameranu has already listed as available for pre-order the XF 33mm F1.0, which, according to the Fujifilm roadmap, will be available in 2020.

I remind you that, based on technical sketches delivered by Fujifilm, here on FujiRumors you can already find size comparisons between the XF16mmF2.8 and XF16-80mmF4 Vs. other Fujinon lenses. 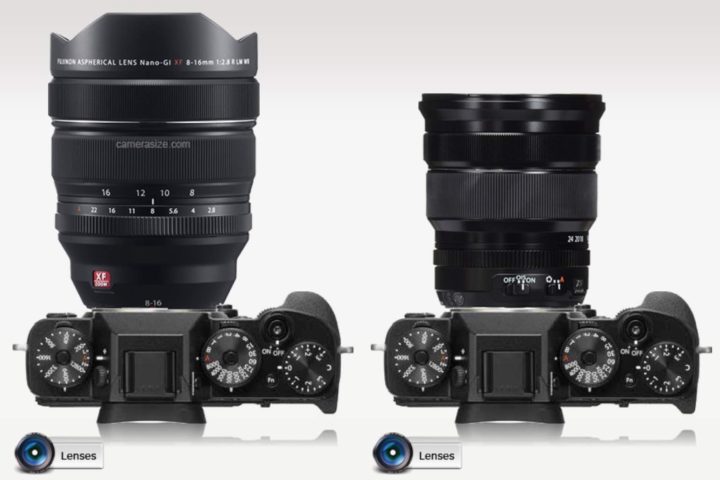 Camerasize just added the Fujinon XF 8-16mm F2.8 to their database. You can now compare it to all other Fujinon (and non) lenses.

I remind you that you can’t remove the lens hood on the XF 8-16mm F2.8, this is why you see it with lens hood at camerasize. And as FR-reader Panther says in the comments, “You don’t gain any size advantage by removing the lens hood, since the front elemt sticks out far anyway. It also helps protect the front element, so you can put it on a table front side down and the front element doesn’t touch the table.”

FR-reader Yoav (thanks), has continued to make several size comparisons of the new upcoming XF 16-80mm F4 and XF 16mm F2.8. I will share them all down below.

As you know, I am right now travelling, but I stopped my car on the highway to make a quick size comparison of the XF 16-80 and 16/2.8 with some other Fujinon lenses like the XF35mmF2, based on technical sketches that Fujifilm showed us here.

UPDATE: FR-reader Yoav made one, probably more accurate (thanks) based on filter size. Thanks!!! :)

Either way… I am afraid that the new lens roadmap Fujifilm announced yesterday will seriously hurt my bank account again.

Photography is a pretty expensive hobby… but a very satisfying one :)

from an Italian highway with love, 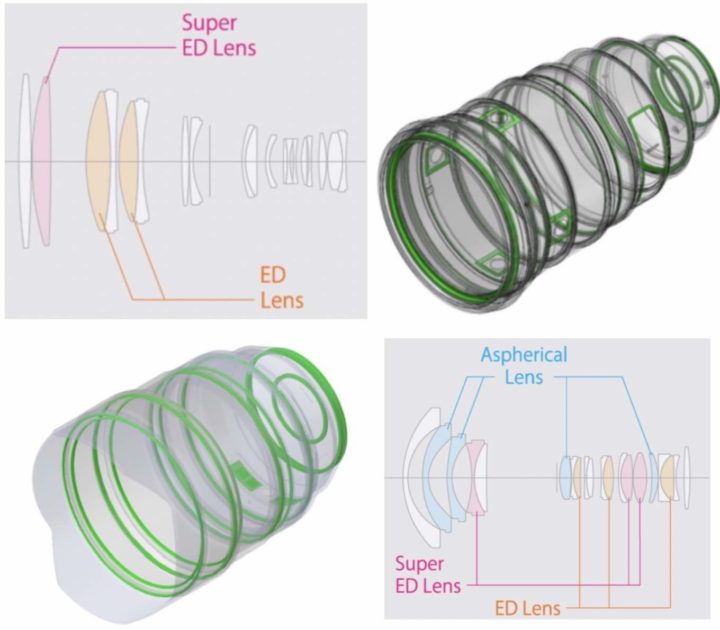 They also shared the full details of the upcoming XF lens roamdap.

Here is all google translated for you guys :) 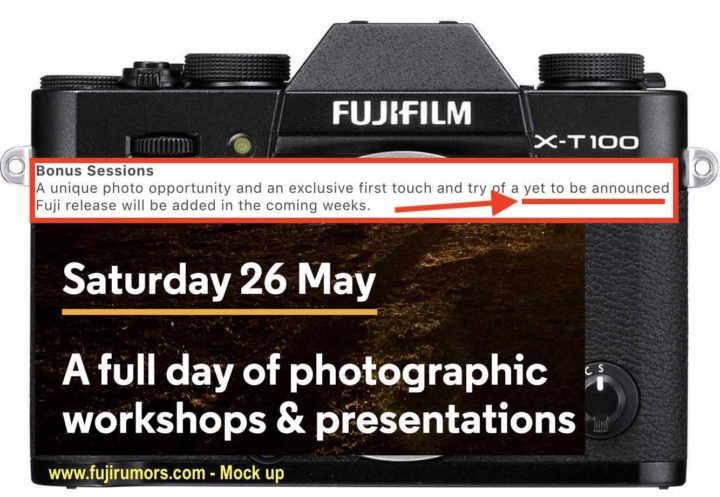 On May 26, the Australian store CameraPro will offer a full day event packed with workshops, presentations and hands-on activities and more. If you want to join, check out their eventbrite page here.

In the event description they also write:

Bonus Sessions: A unique photo opportunity and an exclusive first touch and try of a yet to be announced Fuji release will be added in the coming weeks.

Thanks to Tony White from ozlightphoto.com.au for sharing this tidbit with us :) .

We shared the first rumors about the Fujifilm X-T100 back in September 2017. Over the following weeks and months, FujiRumors has shared braking specs of Fujifilm X-T100.

Here are the main specs again for you guys:

The direct competitors of the Fujifilm X-T100 are cameras like the Olympus OM-D E-M10 Mark II and the Sony A6000.

Here on FujiRumors we shared the first real life images already back in March 17, 2017 here, so well over a year ago.

Of course there could be surprises. Maybe some lenses, such as the XF8-16mmF2.8? Or the XF200mmF2? For sure the X70 successor will NOT come in May.

I will work on it now and let you guys now if I can find out something. So make sure to follow us on Facebook, RSS-feed and Twitter.

Till then… you can dream freely in the comments :).

have a GREAT Day, 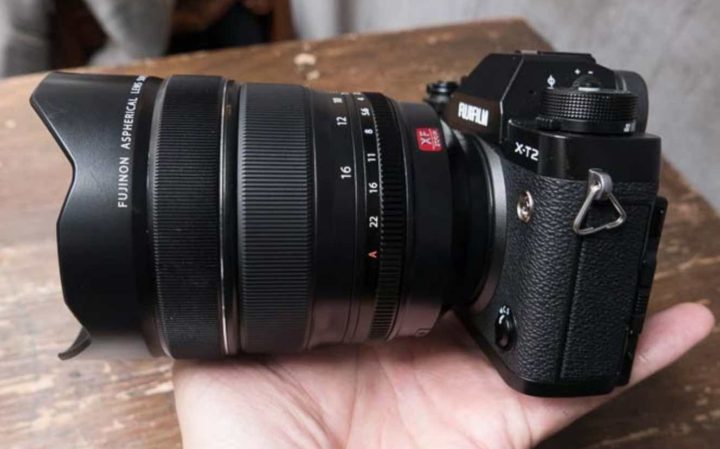 According to a new source, the Fujinon XF 8-16mm F2.8 WR will have a new and improved flare control.

I guess it will probably use the same new “Anti-Reflection Coating” that we will find in the XF 200mm F2, and that will become standard in most of future Fujinon XF lenses.

We could see some mock-ups of the XF8-16 already in the past. I share them for you again here:

The Fujinon XF 8-16 is the most wanted Fujinon lens on FR-readers’ “To Do” list. And all we know officially from Fujifilm, is that it will be out this year.