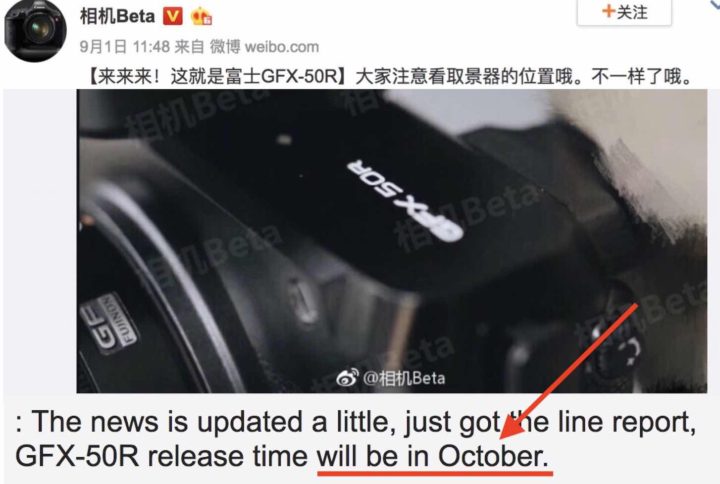 Recently I was talking to sources, asking how moch the Fujifilm GFX 50R will cost.

I didn’t get an answer yet (no final price for the Fujifilm GFX 50R has been set yet), but I got to hear an interesting tidbit.

This comes from trusted source, hence you don’t need to take any grain of salt.

With that said, it seems clear to me that it will be hard for Fujifilm to price the Fujifilm GFX 50R below $4,000, since you have to build also an entire camera around that $2,000 sensor and ship it all over the world, pay the labor cost etc.

Quick notice: unlike suggested elsewere, the Fujifilm GFX 50R won’t be announced on September 23 ±1 day but on another day.

Fujifilm in Times of Mirrorless Wars

With all the buzz around this new mirrorless war, and the tons of comments here on FujiRumors, I felt the need to launch one article to rule them all.

Hence, this will be the one article, where you can let your thoughts soar free, talk about the mirrorless war, vote polls, share thoughts and ideas.

Let it all out… we need that sometimes.