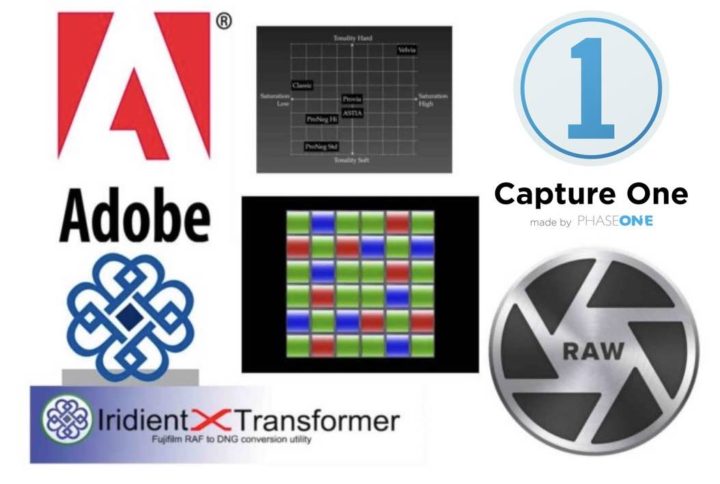 I am currently owner of Lightroom (standalone), Picktorial, Iridient and Luminar.

I think I will try Capture One next, since it made huge improvements in 2017 and in many ways is superior to Lightroom.

One day I will leave Lightroom completely, and luckily I have plenty of options to choose from.

So just like you, I try different software, watch tutorials, and try to make up my mind on which one will be the best for my life after Lightroom.

And in my search for the perfect software, I like to share the stuff I watch and study with you in dedicated Fujifilm X-Trans roundups.

Let’s start with the roundup.

Last month, we already broke the news here on FujiRumors, that Capture One 10.1 Beta improved support for Fujifilm cameras.

Well, now the final version is out and available for download.

Here are the Fujifilm related improvements.

Still no film simultion support, but you can find a great homebrew at the fuji-x-forum.

You can read more and download Capture One 10.1 at phaseone.com here (free trial available). An overview also at at CaptureOne Blog

Read also “PSD Files in Capture One – now what?” at blog.phaseone here.

You can join also a webniar, “What’s new in Capture One 10.1?”. Book your space at attendee.gotowebinar. Only a rumor you say? You need more?

Well, then you can add this one: in his recently published GFX review, popular X-photographer Patrick La Roque says that he knows Capture One WILL support the Fujifilm GFX… and Patrick is definitely someone, who has the right contacts to be able to claim that.

So yes, Patrick published his GFX First impressions. I know some of you say that reviews of official X-photographers should be taken with a grain of salt, but I don’t really think so. These are guys, who perfectly master their X-gear and are super-familiar with it. If they criticise a Fuji camera, it’s for sure not because they missed to read the manual and don’t know, how to use or set the camera properly (which I’ve seen very often on youtube-reviews).

And btw, Patrick La Roque is the same guy, who at the day when Fujifilm announced the X-M1, wrote a review, where he demolished the X-M1, saying that he does not like it all and it’s the most uninspiring piece of gear Fujifilm ever produced. So Patrick has proven not to be afraid to say what he thinks.

So here are some considerations he made in his great first impressions:

Patrick also tells us that the GF 110mm f/2 will be released in May. Go to laroquephoto.com to read more. Just recently I told you, how Phase One said that they will not support the GFX, since it’s a competitor to their core business.

Today I have an update for you. Phase One Support partially rectified this statement and now says:

“It seems I may have spoken too quickly based on old policies. Product management has recently informed me that no decision has been made on this camera and instead they are weighing the market impact on each camera regardless of format.”

So there is still hope… but first the GFX has to sell like hot cakes :)  – via Fujifilm GFX Facebook Group.

Capture One 9.2.1 has just been released. It includes the following X-Pro2 Bug Fixes for Fujifilm X-Pro2 cameras (for Windows users):