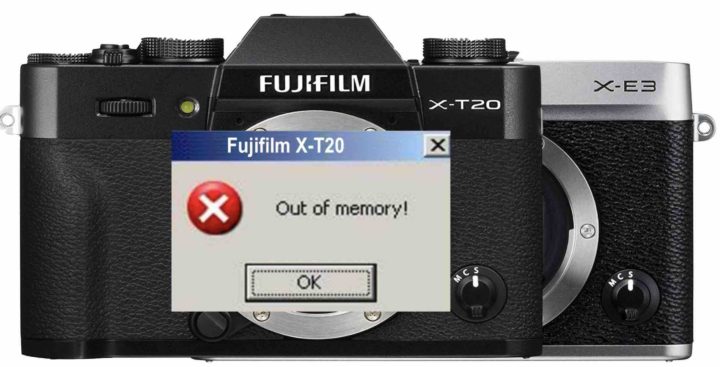 As you know, the Fujifilm X-E3 is currently the most sophisticated Fujifilm camera on the market. And compared to its direct competitor, the Fujifilm X-T20, it offers not only hardware advantages (the joystick, bluetooth…) but it is also superior when it comes to firmware (it lacks of tilt screen, though).

The X-E3 offers for example:

Fujifilm has already announced a firmware update for the Fujifilm X-T20, which should be out by the end of November. However, it will only add the ability to use touch screen in EVF mode.

Just like many of you, I wondered here why Fujifilm simply does not pack all the X-E3 firmware goodness into the X-T20 with a nice Kaizen update. A question, now answered by our sources, whot told us, that…

So, it’s not a marketing strategy to differentiate between products or a strategy to give the X-T20 a second Kaizen marketing life later on. It’s a real hardware issue, that we currently don’t know if Fujifilm can solve.

Now let’s assume Fujifilm will be able to implement only one more X-E3 feature in the the X-T20, which one would you like it to be?