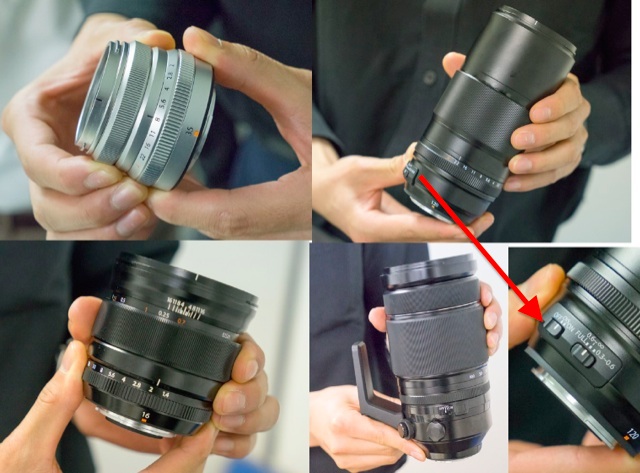 Dpreview posted some hands on photos will all the unreleased lenses in the roadmap… and some information:

I repost also an updated version of the new roadmap. In the previous versions there was a bit of confusion, because Fujifilm ordered the lenses from left to right according to their focal length, and not their estimated release time… making the time indication much more vague. Well, now in this roadmap, you can see the lenses ordered more clearly, this means with the horizontal position showing the release time.

So we can see that:

FujifilmXworld published another teaser of the unreleased lenses. This time it’s about the big brother of the XF 60mmF2.4.

“XF Lens has the half macro lens XF60mmF2.4 R and recently added macro extension tube in the lineup. And we will soon have the 1:1 Macro lens XF120mmF2.8 R Macro as the latest addition.
This lens will be like a big brother of XF60mm, and XF60mm has the highest resolution capability among any XF lenses, so you can expect a lot from this lens. Start counting days for the release in 2016.”