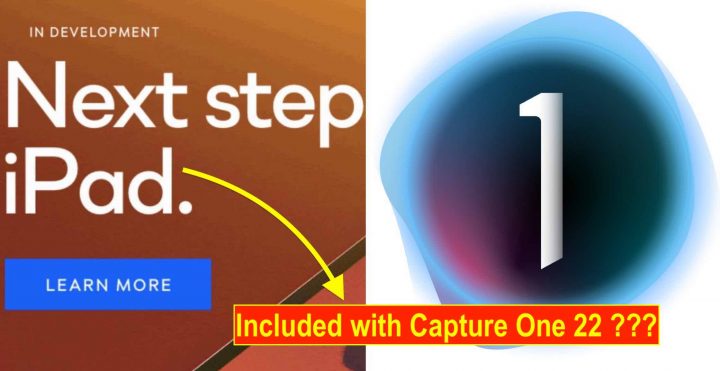 I am receiving lots of emails asking basically all the same questions regarding the huge pre-upgrade discount on Capture One 22.

So here is a post to adress the questions/issues… and if I get this question in future, I will simply link to this article:

1) Will there be a better deal in future, maybe during Black Friday?

Nope. This is what Capture One wrote me: “This will be the best opportunity to upgrade to Capture One 22, we will not have a bigger discount”.

So upgrade now here to grab the best deal

2) I’ve paid for the pre-upgrade, and suddenly my current Capture One version (21 or earlier) stopped working!

4) When is the offer ending?

The offer will end November 9 EOD CET time. But keep in mind it’s European time, so depending on your time zone, it could be early to very early morning of November 9 (in USA) or late night (in Asia).

5) Capture One 22 will bring HDR merging and Panorama Stiching. But will there be more?

Capture One 22 will also include many under-the-hood improvements and optimizations with more features to come during 2022.

6) Will the Capture One for iPad version coming 2022 be included in this upgrade?

Nope, it will be launched separately from Capture One 22.

The deal is the following: Save 20% on Capture One 22 pre-upgrades and additional 10% by using coupon code “FUJIRUMORS” (also the old code “AMBFR” still works if you want).