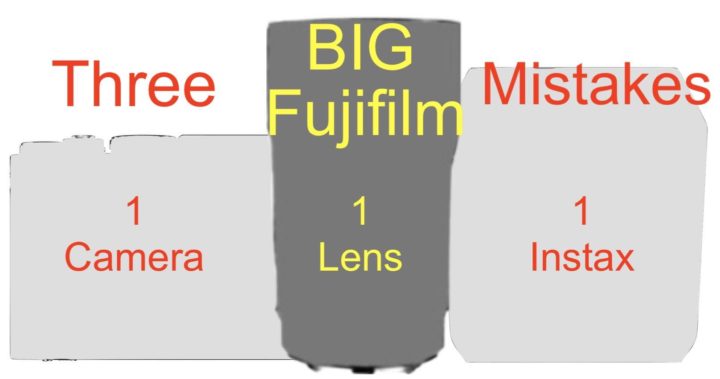 Fujifilm is doing a lot of things right… but not everything.

So what I want to do today is to highlight 3 errors Fujifilm makes, 1 in the camera division, 1 regarding its lenses and a last one in the Instax world.

You might argue that this is just my opinion, and that’s correct… but also consider this:

Working everyday for such a large Fujifilm community here on FujiRumors, hence reading an average of 124 comments a day as well as a countless number of emails and personal messages on our social media, gives me a privileged insight of what are the needs and wishes that circulate amongst Fujifilm lovers.

So here are 3 errors I am sure will find a good number of you guys agree with me.

Fujiflm cameras are incredibly various and there is something for all tastes… or almost.

For some mysterious reason Fujifilm does not deliver us a rangefinder-styled camera with tilt screen.

I know that for some of you guys, there are valid reasons to avoid a tilt screen on rangefinder-like cameras. For example, some worry that a tilt screen adds fragility to the camera.

But fact is that Fujifilm itself says they distinguish themselves from other manufacturers by offering an incredible variety of camera bodies, concepts and styles, tailored to the needs and preferences of different photographers.

And given the incredibly variety of Fujifilm cameras, it is even more surprising that they do not give us a rangefinder styled camera with tilt screen. This is, IMHO, the biggest lack in the various Fujifilm cameras offering to date.

Now you know that I bought a Fujifilm X-E3 and I love it, so for my personal needs, the lack of tilt screen is not a deal breaker. I simply prefer the corner placement of the viewfinder over a tilt screen.

But it is undeniable that in maybe 5-10% of my shots, a tilt screen would be very handy and avoid me to take some camerasutra positions when composing my image.

This is missing Fujifilm. Keep up doing rangefinder cameras with fixed screen, but also offer one with tilt screen for those, who really need it for their shooting style.

I can’t ignore all the chatter that at regular intervals pops-up here on FR about Fujifilm Full Frame. But Fujifilm has been clear about this many times. They think a combination between APS-C and Medium Format is the perfect balance for them. So probably it does not make much sense to keep up discussing it.

Maybe one day, when APS-C will be completed and Medium Format will have 25 lenses and several camera bodies, Fujifilm could consider to add an FF system or maybe an FF Fujfiilm X200 or so. But until then, probably it does not make much sense to discuss this any further. I think it’s easier to convince Fujifilm to give us a tilt screen on the X-Pro3 or X-E4 rather than a Full Frame X-Pro3. 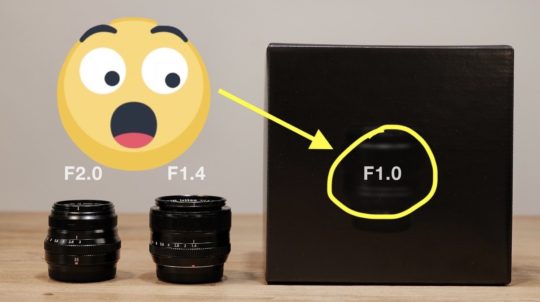 ivanjoshualoh says here that he needs a XF 33mm F1.0… and you?

I was debating quite long with myself about this. What’s the biggest error Fujifilm makes with their lenses?

The ideas here are incredibly various.

Some want updated versions of older lenses, like an XF 35mm F1.4 MKII, others want F1.8 constant zoom lenses, others want more Fujicron F2 lenses and the list could go on forever.

At the end I decided that the biggest error Fujifilm makes, is that they have put their plans for an ultra-fast XF33mm f/1.0 on ice.

Amateur and enthusiast photographers would probably still use the XF35mm f/2 more often, but it would be good to know we have a fast XF33mm f/1.0 lens option “just in case“. And I definitely can see the XF33mm F/1.0 becoming a very used working tool for professional photographers.

And given how popular and loved the Mitakon 35mm f/0.95 is amongst Fujifilm X shooters, I am quite sure I am not speaking out of turn when I ask for the XF33mm f/1.0 more than for any other lens.

I wrote a love letter to the unborn XF33mmF1.0… feel free to read it.

And you know a Fujifilm roadmap is coming this month, so let’s hope for the best.

We have so many Instax cameras, printers and films… but why still no Instax Wide Printer???

Every few weeks I get at least one email from a Fujifilm shooter asking me if there are any rumors about an Instax wide printer, and every few weeks I have to answer: not at all.

I recently bought an Instax printer for a friend, who shoots with smartphone only, and while I loved the bigger sized prints of the Fujifilm SP-3 Square, at the end I went for the SP-2 with Instax Mini film, because the aspect ratio is more similar to the one of the images she takes with her smartphone.

And Instax Wide printer would be perfect: nice large prints to stick on the wall and be well visible, and an aspect ratio more similar to our smartphones or cameras.

And if you should pick one error for each of these segments, what would it be? Let us know in the comments down below.